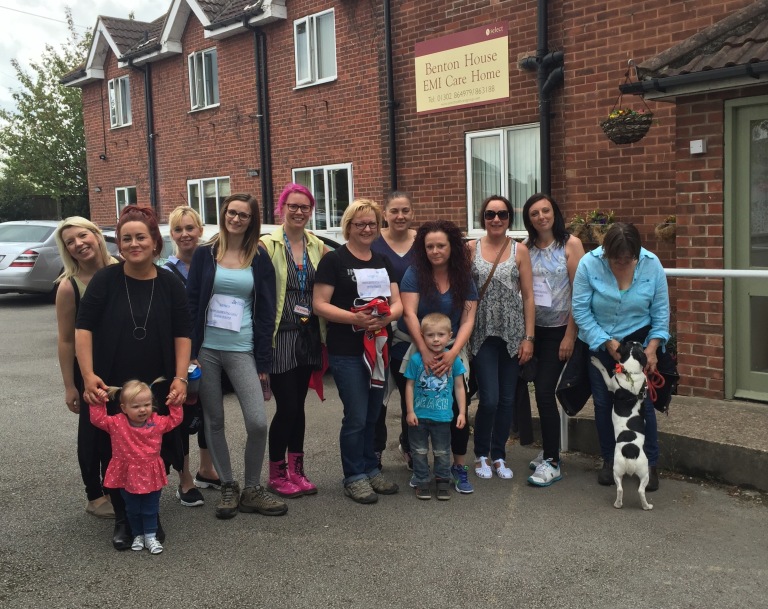 I was going to wait until Saturday to write this week’s blog, but, looking at Twitter and all that is happening, I thought I had better write something, before time has moved on.

And, forgetting is the theme.

Today, I sat in the garden of Benton House, a care home in Rossington, Doncaster (South Yorkshire, England) and chatted with one of their residents; let’s call him Ted. Tracey, a member of the team was with him (a group of staff from Mallard Ward at Doncaster Royal Infirmary had just walked six miles to raise money to develop a dementia activities lending-library in the hospital – see: https://www.justgiving.com/mallardward)

Ted wasn’t sure where he was, he seemed OK with the fact that I was a doctor, although as to the context of my presence in his life he was unclear – once or twice he remarked that he had a hospital appointment later today – I didn’t press him or ask what the appointment was for; Ted was affable. He was warm and I felt a kindness emanating from him, reflected perhaps in his concern for another of the residents who had also walked into the garden but was less steady on his feet.

Ted had worked for the Coal Board – not an uncommon profession in South Yorkshire, he seemed calm, composed and happy to engage with all that was taking place around him. As to his understanding of the group of colourful people who had invaded his garden, he didn’t seem too troubled, accepting them as visitors with equal rights to the space and the time.

What to say ? I have been visiting Benton House weekly for the past two of years to check on some of the residents who are temporarily undergoing post-discharge assessments, passing through the care of the fantastic team (?family) who work there.

During my visits, I usually see Ted; I have rarely engaged him in conversation, which is my fault, my failing, as I rush from one place to another, riding the wave of a busy job, trying to maintain a work-life balance; I do always smile and say hello when I see him. Yet, he didn’t know who I was; to him, it was as if I had never been.

My assumption is that his lack of recognition related to the disease affecting him, likely one of the forms of dementia; it could be that over the months he has failed to register me – perhaps, a little like a girl you like, who you have seen many times, yet, who is oblivious to your existence.

I wasn’t offended by Ted’s lack of recognition, I found it endearing, indeed, his ability to exist in the moment, unfettered by preconceptions or judgments is something to honour, to respect;

Dementia – what can I say? Such a compound word, which carries so little meaning in and of itself, yet, what it connotes, as it carries people away, removes them from the present and the future and consigns them to repeated moments of the past; often, a past which is good, safe and sound, occasionally, one which is fearsome or difficult.

I sometimes imagine, how it will be if I develop the disease, if parts of my consciousness begin to cloud, if sequences of events that are my life start to disconnect. When this happens today, there is nothing we can do to prevent the march of time – as, generally, by the time we receive a diagnosis, particularly, when others notice that there is something amiss, such a significant part of who we are is lost, gone forever, that winding back the clock is impossible. Regeneration of the self, is not yet something we have mastered.

And so, we wait for the scientists to find an answer, a way to help us remain in the moment and sustain our future.

In the meantime, we must make the most of every instance; savour every sight and sound, every flavour or touch, embrace the changing seasons, the growth of our children, the beauty of life and stillness of death.