Yesterday I attended a meeting organised by Doncaster Clinical Commissioning Group to mark the start of a series of workshops aimed at redesigning ‘intermediate care’ in the borough.

I use inverted commas around intermediate care, as no one really know what this is or means… (and, as a geriatrician, I really should) Even, the ‘care’ aspect – which in itself is a fuzzy, loose term, and, can apply to both care in the sense of treatment – the care a GP or district nurse provides to a patient or the care provided in a person’s home to support their everyday living.

Anyway, IC (let’s use that abbreviation) – is care/treatment/support that happens between primary and secondary care, that is, hospital and home. Well, at least that is the more traditional view held by some, and I don’t really want to get bogged-down in the intricacies of definition.

And, none of that is my point!

The point, as is often the case, is my aversion to patients. Or rather, the existential construct that relates to the ‘patient state’ = they who suffer; with the principal goal of my life being to obviate suffering, my objective is to really stop people turning into patients.

And that is the role of the interceptors.

At the meeting, we listened to Helen Davis, an advanced care practitioner working in North Lincolnshire who heads a team of nurse and paramedic practitioners who support care homes, GPs, community matrons and the ambulance service to prevent mostly older people, from moving to hospital at times of crisis.

Much of their work is taken-up treating people at home who have chest or urine infections (for the later, please see), or falls. Ordinarily these people, that is, the often frail, older people with multiple health conditions would end-up in A&E with a high chance of being admitted to hospital, all the time carrying with them the accompanying loss of independence, increase in dependence, loss of identity, and so on, that often accompanies hospitalisation for older people.

Helen’s team, who are called the Rapid Access and Time Limited Intervention Team, rather than ‘the interceptors’ (which to my mind would be cooler, although perhaps less acceptable to the public) attend people (all the time battling with the construct of patient/person) in their own home and instigate treatment that would often happen in hospital – oxygen, nebulisers, dressings, pain killers and so on.

By doing this, not only does Helen’s team reduce the pressures on an already over-cooked hospital system, it helps people maintain their independence, their autonomy, keeps them safe and keeps them people – no hospital gowns, name bracelets or endless repetition of medical histories.

Helen’s team works 24/7 and I suppose, when I heard that, I thought – why on earth is the government beating up doctors to maintain seven-day services in hospital when, it is the workers who are out there in the community who need to grow, expand and develop…

I was a little unclear about the role of the geriatricians in the model, as, not only do I not want to do myself out of a job, I do feel that we have a role in maintaining the barriers of person/patient – reducing medicines (de-prescribing) and advance care planning, for example, to support patient preferences into the future. I guess, what I am saying Helen, is, you need a doctor to be able to ride shotgun in the ambulances at times :-).

So, here is to the future, here is to the interceptors, the maintainers of independence, free and happy living and, identity – you don’t need to have teacup battles (see next blog) when a person is at home, you don’t need to worry about infection control (mostly), or bed moves in the middle of the night; sure, there are a whole host of other conditions, but I would rather worry about these than the machinations of acute hospitals for people who arrive at their doors because of a lack of alternatives. 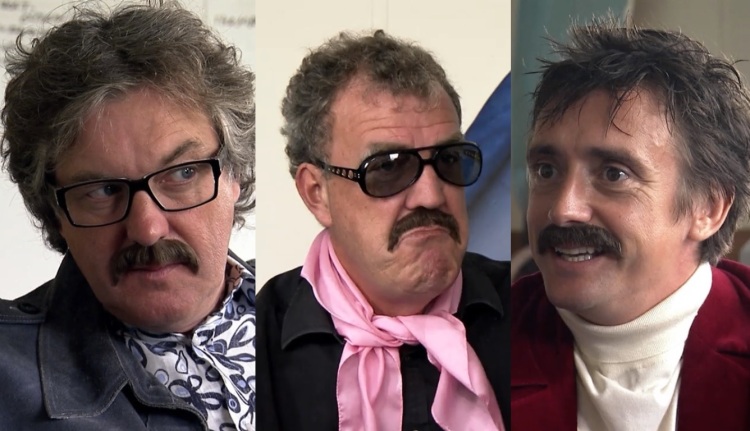 *Disclaimer – I am not a fan/supporter/advocate of JC or Top Gear, but couldn’t resist these images

One thought on “The Interceptors”