Let’s face it, us humans are not that adaptable*.

Sure, we can survive extremes, cope with trauma and insult, but, when it comes down to it, on a day to day basis we seek consistency, regularity.

How much of our world is designed to assist with habit? With doing the same thing the same way every day?

I was thinking this when reflecting on the wards and their layout, both in Rotherham and Doncaster. The theme is inconsistency, variation.

I am not discussing the unwarranted variation that we see as an enemy of high-quality care – that is a discussion for another day, no, and neither is it the variation related to sick and poor, healthy and diseased, for, when you look at the patient population, and the staff, they are the same people – one patient’s mum works in Doncaster, the other’s sister is a patient in Rotherham. They are very much alike, sure, separated by organisational tribalism, which alongside the unwarranted variation is for a different blog.

I’ll begin with some non-medical examples.

If I hire a car in Zimbabwe, Istanbul or Shanghai, it is likely that the internal layout will be similar. Yes, there will be variations in design, but, in most instances, there will be an ignition, a steering wheel, if manual, a gear stick, windows that go up and down, lights, wipers, you get the picture.

If I walk into the kitchen of any house in the developed world – there is a high chance of me finding a toaster, with slots, a lever to press-down and a timer that pops when the toasting is done.

The same too with iPhones, tumble-dryers, computers, shoes, airports, you name it and, although they are all different shapes and colours, the basic navigation is similar, for, without this we tend to be lost.

How confusing at first, when you sit in a car without a place for the keys, no ignition; yes, you see the button or switch after a while, even with that, there is standardisation.

Well, let us return to the hospital wards. And here the similarities are both interesting and puzzling.

Walk on to ward A and look for say, fluid-balance charts; the documents used to measure a patient’s input and output, how much they drink, how much they pee.

The charts might be in a stack by the door, in a drawer marked ‘fluid-balance charts’ or filed under, ‘charts, fluid-balance’, there will be occasions where the charts aren’t filed at all, just shoved-down the side of a notes trolley.

Look around, ask someone, ‘where are the … charts’ and there you go.

What if it is three in the morning, the staff are busy (see Night at the Hospital) and you are looking for blood form to send an emergency sample; the form might be under ‘blood forms’ ‘forms’ ‘samples’ ‘tests’ ‘chemistry’ ‘investigations’ again, you get the idea.

This I believe is classical unwarranted variation.

It is like stumbling into a kitchen at two in the morning, your thoughts on toast and instead of a lever, there is a passcode; passcode? I mean… a toast-code?

This was an area investigated and addressed several years ago in healthcare by applying principles of lean measurement and process mapping to the movement and function of nurses, therapists and doctors; how many times did the nurse walk backwards and forwards to achieve one simple task

Cut-out the steps that don’t add value, remove the waste, trim-down the fat and, voila, you can achieve 10 tasks with the effort you previously used on two.

This all became a little lost in translation with all the changes in the NHS. NHS Improving Quality (NHSIQ), which was all about what it says – improving quality was binned, the documents archived and NHS Improvement (NHSI) was born, a division of NHS England which had a very similar name but, was tainted with the role of regulator, monitor and target achiever. And, as we all know, when you can pass or fail, when there is punishment and retribution involved in a process, creativity and growth are suppressed and, you stop learning.

Perhaps this is why I can’t find the swabs on ward A, B or C and the emergency equipment on Doncaster Ward 1 is in a completely different place to Rotherham Ward 1, both of which have the same patients and, oftentimes the same staff.

If you take this variation and spread it out through South Yorkshire where are you?

Amplify it to the five million population of Yorkshire and the Humber and you have infinite variation; I am thinking Infinite Monkey Cages…

So, here is my request.

Let’s agree on some consistency.

Let us address these basics that don’t actually cost anything, let’s standardise.

Then, when we have managed this first basic, yet gruellingly complex step, we can move on to achieving a reduction in the unwarranted variation of outcome and experience that is an inevitable consequence of this. 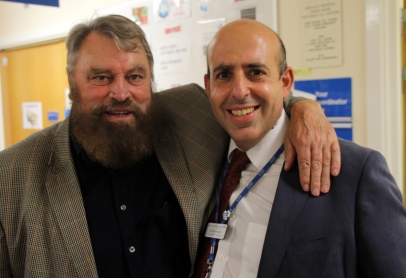 *I don’t know if adaptable is the best word here – if anyone can think of something better or more appropriate, let me know. Sure we inhabit the Tropics and the Arctic, but, give us a different toothbrush…