Slime, I do not understand.

This can perhaps best be said with an emphasis on the slime, all with an Eastern-European/Yiddish accent – think Mel Brooks meets David Walliams (or, maybe, Omid Djalili).

My daughter, eleven years-old is, I wouldn’t say obsessed, but preoccupied with the creation of slime.

She has it all down to pat – a steady stream of PVA glue, Boric acid (aka contact-lens solution), shaving foam and food colouring. You see – I even know what goes-in.

Kit has been producing slime in a variety of colours and consistencies for at least six months – it might be longer; I am very poor at chronology.

Kit has identified the best websites for sourcing containers, additives – polystyrene balls are a current focus and, most days, if she isn’t watching Netflix, I can find her in her bedroom – what I call her office, hard at work, producing the next in her line of… slimes. The most recent batch is called Shrek and Fiona (it’s green).

I, for the life of me can’t understand what attracts her to this pursuit; there is clearly the skill of achieving the correct balance of chemicals, the ideal consistency, stickiness and within the world of non-Newtonian dynamics flowiness.

This morning I asked her what she was going to do with all her tubs… Give them to friends? Sell them? She was surprised at the notion – Play with them myself! Why would I give them away!

As far as I can tell and, have been able to investigate/research, the ingredients of slime are non-toxic; there is a whole young-person You-Tube sub-culture around this. I am sure there are other parents thinking the same;

Interestingly, I remember, before we moved to Doncaster, visiting local schools with my kids to test them out. One of them, in the science class was making slime – this was supposedly an example of the materials’ sophistication of the academic environment; well, I can tell you this, my daughter can out-slime the best of you!

I remember my son a few of years ago and his fascination with watching recordings of Minecraft videos, then later Pewdie Pie (I think that is his name), these were similar interests, equivalent ways of spending his time that I couldn’t fathom.

I imagine if my kids could look-back and see me scrabbling around in the Glasgow mud of the 70’s seeking-out worms, or cooking apples on the central heating outlet (or both together, sometimes), they would be puzzled. My ability to play with cowboy figurines or green plastic soldiers – none of this was particularly creative, occasionally with the worms it was a little destructive (sorry, worms, forgive me, I am a better person now) –

I haven’t encouraged or discouraged Kit’s interest in slime, just as I didn’t with my son and his You-Tubing. I do find it interesting however that the specific activities I have encouraged – music, martial arts, art appreciation have not always been well received; perhaps this is something I should consider moving forwards.

I have in my garage, transported from my last office, a spinning top that used to belong to my mum. She would draw colours on the top with chalk and whip it with a stick and string. That was one of her things. I wish I knew more.

These relics of our past and future are fascinating; what will be the next big thing? We still have a box full of colourful Gogos from years ago, and Pokemon cards, heck, there is a box containing some of my and my brothers’ old toy cars in the garage, waiting for a future generation of Kershes to pick-over, thinking to themselves, why, why?

As I write this, Kit has popped in my room. Seen what I am doing and retreated; for a little while she was spying through a crack on the door. Have I opened a fourth-window into childhood? Will this have some effect? Will butterflies in the Amazon grow intemperate? And, are these things best left-alone?

Keep at it Kit! 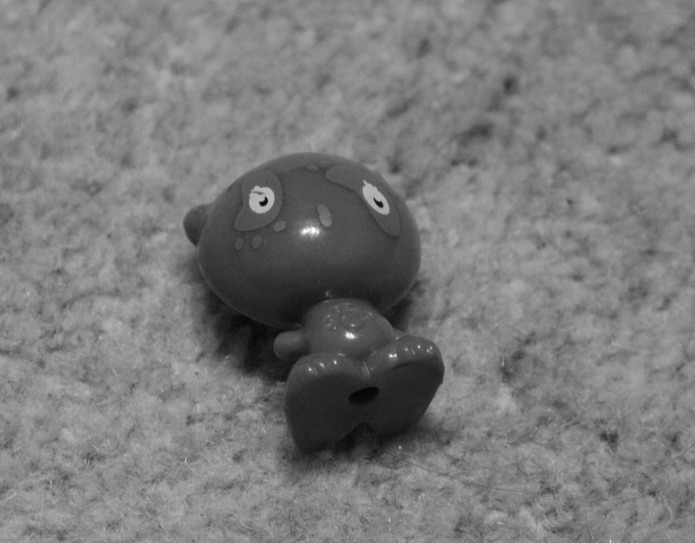