I don’t know when headphones became earphones then earbuds; I think the latter was something to do with the iPhone.*

This evening I went to Meadowhall, our nearby shopping centre situated off the M1 between Sheffield and Rotherham.

It is a big, brash, ugly place that in years gone by was an iron factory; now it is a hub for chains of soulless restaurants and clothes shops.

I went to buy some trousers, which I concede is not very interesting; there is another story, but I will save that for another day.

My point was, that after getting out my car I popped my Marley headphones (earbuds) in, started Leftism on my phone and strode-out.

That is the scene.

The context is that whilst walking through Smiths, Blacks, Lush, HMV and a new shop, I think called ‘House’**, no one approached me; there was zero ‘Can I help you?’ Which I always hate; in fact, I can’t ever think of a time when someone has approached me, and I have said, ‘Yes, I am looking for…’ In fact, the only thing I asked for today when I went into Lakeland was an egg pricker – a special gadget that makes a pin-hole in eggs to stop them bursting when boiling. They don’t sell them, although I was tempted by the £199 outdoor oven (cooks pizza in 10 seconds). 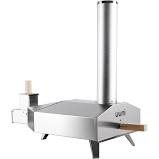 I was being vigilant in case someone approached me – I wouldn’t want to ignore the shop person, even if I couldn’t hear them, but, no one even attempted to talk to me – I guess, because earbuds are so commonplace nowadays, they have become almost a non-verbal means of communication… don’t even try talking, I am listening to… kind of thing. (Like a 21st Century plague snood)

I hadn’t really considered this, and I hope it didn’t upset any sales people – from my recollection, working in retail, particularly when the place is quiet can be very boring and even an, ‘Is there anything you are looking for in particular?’ Might yield a return that helps pass the time.

Will I plug-in the next time I am out in the shopping centre?

*Reminds me of the Benny Barbash novel, My First Sony (mine was an Aiwa, thanks to my brother Lloyd back in the 80’s).

**They didn’t have an egg pricker either.

Also bought this in Waterstones (part of a pending-blog):