Change and its resistance

I don’t intend to revisit my thoughts on change – they were discussed quite recently here.

What I wonder is, looking more deeply into resistance is the pattern of – fail > stop > restart.

This seems to be a consistent feature across those organisations, people and places who don’t (won’t) change, modernise, adapt, move-forwards.

Essentially, there are two routes;

It is not a recipe for continuous failure.

At a certain point those guys at the start of the 1900’s worked-out that attaching wings to your arms is not how to fly.

The idea was there – independent flight; it just took a few years for the jet-pack to be invented, which suggested it wasn’t the wings, but the propulsion – ‘try something new’ at that time was not only impossible, but never going to work.

So futilely, going around in circles is not much use;

Trying once and stopping is equally flawed – here is the example closest to my heart (and, again, apologies for the repetition) – open visiting (aka visiting times are as outdated as the ideas discussed in Marilyn French’s novel ‘The Women’s Room’) (I won’t go as far as saying suffrage). 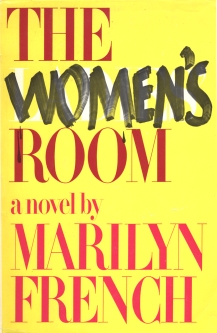 ‘We tried that once, it didn’t work’

What is going-on here?

My belief relates to the sub-text; this is, ‘We tried something we didn’t want, and it didn’t work, thereby proving us right from the start; quick, move-on before anyone notices…’

Do you see where I am coming-from?

Anyone can pretend to have a go; ‘We attempted tolerance, look where that got us’ says the UK First guy. No, they never wanted to be tolerant, it was just pretend; make-believe; a game they thought they could use to translate into future speechifying:

‘In 19xx we opened our doors to those people, we invited them in, gave them good homes, shared our jobs…. And now, look where that go us’

No – the reality is, you never really opened the doors and never invited and, the homes were never good; this is perhaps a narrative that stops you feeling so bad about the facts.

I’m not comparing those who don’t change or want to change to fascists; don’t worry. It is just that they as an archetype are quite easy to pick-on.

The Economist Steven Levitt has talked about the ways he encourages his kids to fail. Well, maybe not encourages, but celebrates failure, as it is a means for first improvement, but secondly, a way to determine what they should do.

Here is an example: Say your kid hates maths, they just don’t get it, aren’t that numerate and don’t get great results, they prefer watching butterflies; by all means get them a tutor to ease-over any essential mathematical humps to a certain level, but, don’t force them into studying the subject at university. That is the best way to end-up with a frustrated, mediocre, computer programmer. Not a happy lepidopterist.

How then do you get someone to change, when they don’t want to change and predictably, anything you start-out trying won’t work?

My suggestion is small change.

And, I guess this is where my frustration with the visiting-times thing began.

We tried, it didn’t work, back to the way we were;

Remove the tumble dryer – roll-out the mangle; remove the electrical wiring, let’s buy some candles and call the coal-merchant back.

Had there been consideration that, ‘That didn’t work – patients were spending too long off the ward, living-it-up with their families, eating buns, this caused real problems for rehabilitation,’ to my mind, there were countless permutations –

Ask the relatives to stay a little longer on the wards.

Ask the nurses and therapists to go find the patient in the café.

You get my gist.

I am just an onlooker.

The possibilities are endless.

When I proposed open visiting on my present ward – the Assessment Unit in Rotherham, most of the staff saw the wisdom, some were appalled; seeing only chaos, relatives and patients all intermingling, interrupting ward rounds, therapy sessions;

The wise solution, was to gradually stretch the times. Not jump-in head first to a team already flagging from winter pressures; slow, gradual, incremental.

There is always a way, if there is a will.

Sometimes both sides have to adapt, come together.