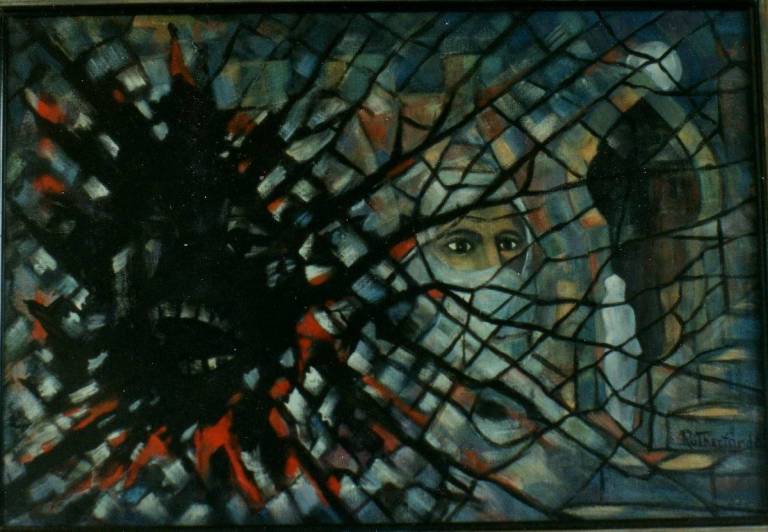 A past couple of blogs have been about tribalism and belonging. The link to our primitive ancestry that drives behaviour today.

A few months ago, I was thinking about this, it was not long after I moved to work in Rotherham, when I saw my identity shifting – from the Doncaster hospital tribe to that of another South Yorkshire town. (here).

It was interesting and frustrating at the same time.

Back when I arrived in Doncaster in 2007 I was readily accepted into the ranks of that tribe and donned the garb of rebel with a cause; a man driven to improve the healthcare of people in Doncaster, back at a time when there seemed to be significant inequality.

Time has passed and much has changed since then.

I flashed forward to viewing my old tribe and the behaviours adopted by certain fellows to maintain the substance of my former organisation.

Mostly this is to do with workforce – the United Kingdom’s limited commodity.

There are vacancies for doctors, nurses, therapists and pharmacists across the country; in most instances we aren’t at risk – there is usually a doctor available to you, it is just that because of fluctuations in the market, many are employed not directly by the NHS but through private agencies. Most cost hospitals twice the amount of a regular employee.

Maybe when they started messing around with tuition fees and nursing and medical training ten years ago, if they’d have thought of the economy as a whole we’d be in a different place (universities are also tribal entities).

We are split into inchoate tribes, milling around like characters in an outdated roleplaying game.

And so, the tribalism.

That isn’t quite how it is working.

Adversity (aka austerity and a Tory government) forces tribes to band together.

I remember many years ago in bible classes learning about levels of allegiance – first to your parents, then your siblings, then cousins, distant family, friends, tribe; everything else is secondary. That is how we have survived as a species.

The pull of this is so strong it overwhelms our logic.

And so, we compete.

Compete for nurses, doctors and so on.

I see it as one big collective endeavour. We used to call it the NHS.

It is seeing the entire population of South Yorkshire as one entity – all one and a half million people. All the responsibility of the hospitals tasked with providing care.

There is no Sheffield, Rotherham or Barnsley patient – just SY patient.

Our patients, just like our ambulance services move all over, they pop-up in one emergency department and another organisation’s outpatient clinic the next day.

There are no borders or identifiable boundaries.

We need to stop seeing ourselves as tribes of three different towns and one city and perceive the care, support and treatment of our entire population as the collective responsibility of all.

Fair allocation of resources – that is staff; sharing scanners and waiting times.

If I have my heart attack in Barnsley market I should have as good a chance of survival were I in Sheffield; and the same goes for my skin condition, eye disorder or anxiety state.

Whilst we still have the NHS we shouldn’t waste energy on factionalism.

Come on now, we are grown-ups.

And, this is life and death.