Last night I had a mystery revealed.

In particular, English apples in the Spring.

Now, I know that the climate of the UK varies from North to South, but the seasons are fairly stable – for the moment, with apples growing over summer and ripening in the autumn. (This was part of my imaginings that there were special orchards down in Devon that had apples growing until February).

If anyone has watched an apple, they will know that they don’t last long. After a couple of weeks mostly, they will have become soft, mottled, brown and inedible.

How does the fruit shop manages to get English apples in April?

When I have asked others this question, I have been advised that if you have a dark cool place, apples can be kept for a long time.

I have never really believed this – yes, my living room is not cool or dark, but eight months?

Well, the science was revealed last night on a Channel 5 programme ‘the shocking truth about food.’ Now, I don’t necessarily recommend that anyone watches future episodes as it was a little too tabloid for me – take it as you like.

Anyway, the section on apples was interesting. What they do is, keep them in the cold and the dark and remove all the oxygen, replacing it with nitrogen. (There are other things that can be done with hormones, genes and chemical transmitters that wasn’t covered.) This effectively slows-down the ripening process and is now so refined that you can get an apple that was picked eight or nine months before that seems as if it has just fallen off a tree.

Indeed – when the apple left the tree it was probably not ripe at all.

What is this trickery?

Well, it is the application of food technology science to the demands of modern living, which leads to us not seeing as many New Zealand Cox’s Pippins as when I was a lad.

This reduces air and freight fare and allows year-round availability.

I am sure there must be some effect on vitamins and micronutrients, but hey, we are just talking about apples here.

So, go ahead and eat your apple; just be aware that it has more in common with a tin of Spam or a Twinkie than you think. 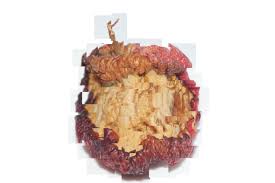 One thought on “Suspended animation”