I just read a BBC online article about a four-day working week.

This has been a thing in business and productivity circles for a while.

Essentially, pay people the same as they would earn in five days (what most but not everyone works in the UK) and instead allow people a day off; they choose the day (although not everyone can have Friday).

The Wellcome Trust tried this as an experiment and although it had benefits it wasn’t overall successful; there were issues with the specific day, concerns about squeezing five days’ work into four and other things. They are having a pause.

I was talking with my older brother last night; he has taken this model to an extreme, and, his working week is Monday, Tuesday and Thursday.

I don’t know and haven’t asked about pay.

The thing is, he described, he gets two weekends in the one week; It is a way of re-framing what he is doing that at the moment, at least, is proving fun.

This all makes me think of doctors.

I suspect it applies to people across the workforce, mostly because of changing priorities and lifestyles.

It began in the past and is now slowly ebbing.

This is the notion that you work hard; say, ten-hour days, five days or six days a week and you die when you are 72. (The previously economically expedient model for society).

I guess in some unlucky parts of the world, this is still the case.

In the UK we have moved-on (although recent gains if life expectancy have dropped-off (thanks Tories), I am sure it will be a while before we start losing decades of life. (Again, you already have this decade of life-expectancy difference in most UK cities between the affluent and the poor).

He worked as a GP for the past 40-odd years.

Anyone who has read the news recently or who works in the NHS (or might have read my previous blog) knows that there is a workforce crisis.

The reasons for this are complicated – for example, although there is something like 40,000 nurse vacancies in the UK, most of these are filled by nurses doing additional and frequently agency shift; that is, nurses who prefer to work via an agency than directly for the NHS. As above, the reasons are complex.

There is also a medical workforce crisis.

This seems odd as more doctors are being trained than at any time. Over the past few years new medical schools have opened to cater for this demand; and with this, our population health is supposedly getting better (Tory meddling aside), how come?

Well, part of this reflects an acceleration in the rate of retirement of doctors (above) and, part the decision by some to work less than full time.

In the past the group of people this mostly affected were women with children (yes, another inequality in our society; also for another day), now it is increasingly common (although I don’t have the figures) for people without children to opt to work less than full time. 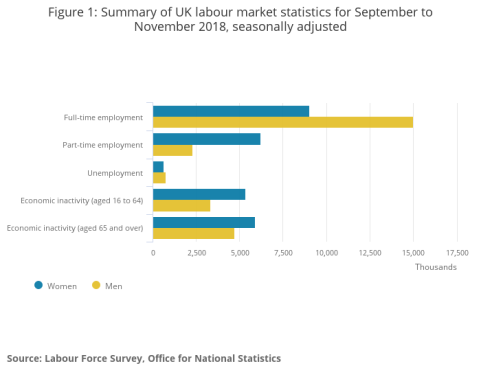 Of course, in the UK this impacts on the availability of doctors when you want to make an appointment or hospital rota organisers when they are trying to balance the books.

People realise that there is more to life than working those fifty (or sixty) odd hours a week and having nothing left-over;

So, the net investment in more doctors (and nurses and therapists and pharmacists) training is we stand still.

An alternative approach might be to make work more fun, address the stressors of work – what makes it hard to undertake a twelve hour shift (as many nurses in the UK do routinely) – the answers to this again are complicated, but you might start with the way that people experience work; how they are treated, the degree of autonomy they have over the simple aspects such as how they dress, the colour of their hair or shoes; in most UK hospitals you get shot if you are wearing a wrist-watch, on the background of no evidence.

On some hospital wards a nurse sipping a cup of tea is an anathema. (Doctors still usually get away with this), physios can wear trainers, but consultants not, all sorts of rules and regulations that are based upon pre-conceptions and old-fashioned ideas of what is OK and what is not linger in the workplace.

We need to relax.

To really see what matters; yes, this is back to What Matters to You – and indeed, individual preferences. Some people will prefer to work excessively, that is their choice, indeed, for some people that works for them, others want fewer or more flexible hours.

This is important, but what is equally relevant is how we treat our staff during those hours of work or time off.

For all the incredible improvements in Western Society over the past twenty years, tolerance isn’t necessarily at the core.

We see ‘the other’ as a threat, and when this other becomes your neighbour, the Eastern European delicatessen, a co-worker or your employee, we can’t hope to solve this challenge.

Well, I believe that hours worked a week is important, but what is more so is how those hours are spent. 12 hours on a hospital ward without a break as happens across the UK every winter (and at other times) for nurses is unlikely to produce high productivity, rather, it leads to exhaustion, a narrowing of focus and ultimately in the worst cases, compassion fatigue.

I don’t believe we can wait for the government to determine what is right as everyone’s situation is unique – this is down to individual employers and employees to have open and honest discussions about what works and what does not. (The government can perhaps regulate that people have to treat their employees with respect, dignity and caring – the details need to be done locally).

In some instances, this will be a shorter week, in others, more flexibility, ad hoc days off, short-term holiday requests, variation in dress (why do we make people wear uniforms? Who in this world is uniform??!)

It is the opposite of the changes happening in our global society, where we are identified as fractals in the hive; it is undoing this anonymity and making us once again individuals, or perhaps, for the first time, acknowledging our identity, uniqueness and contributions. 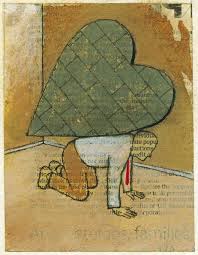 Here is the original BBC article.