I am not a military guy.

Anyone who knows me likely would agree with this statement – in fact, if you have met me, you would almost certainly wonder why a) I have even said it and b) Why ‘Commanders’ is in my title.

It was an unusual Bank Holiday today; I woke around five, saw that it wasn’t raining and decided to head-out for a walk with my dog.

Plodding around Langold lake as Canada Geese oversaw their chicks and a Great Crested Grebe glided past, I began thinking about the position that leaders are meant or should take and what happens in practice.

This actually linked to my blog from the other day when I was challenging the idea of hospital staff wearing uniforms; Freda commented about the necessity to help identify different members of the team in a complex environment such as a hospital.

There is some truth in this, although usually uniforms usually only serve the purpose of batching people into groups; as to what those groups are, the only people who tend to know are the senior nurses who determine the uniforms in the first place.

Whenever there is a decision to alter or review uniforms in hospital (something that is usually applicable to women more than men as for all there are many men working in hospitals, those wearing uniforms seem to be female) – I’ll try to find some data on this to ensure it isn’t just my bias. (77% of NHS staff are women according to NHS Employers, and 80% of them are nurses, carers and other professions allied to medicine – physio, pharmacy, etc.).

Anyway, there are usually specific senior nurses tasked with looking at different colours, designs, swatches and so on, to determine who should wear what, when; in the better places there is sometimes a consultation as to the shade of blue or grey or orange – then there is a decision made by the head nurse.

Again, head nurses can be men or women although I have never encountered a male head nurse overseeing a uniform change;

Maybe like me they believe that these things don’t matter that much, but who am I to stereotype?

And what follows is a slow process of change with people complaining about the green or the purple or whatever.

The thing about all of this, and I have to admit, my experience is only limited to a couple of decades at work in hospital, always as a bystander (the only nearby hospital that has uniforms for all doctors, as far as I know is Chesterfield), is that although there is often a consultation, the final decision is usually made at the top.

And this is the point.

Is this the role of leaders?

To be the final arbiters or decision makers?

You see, to me, the role of a leader is to, well, lead. To go in front, to go before everyone else, to take the initiative; placing themselves in the line of fire if that is what is required.

I think of Blackadder Goes Fourth; sending Tommy over the top as the commanders sit  back, play bridge and drink schnapps. 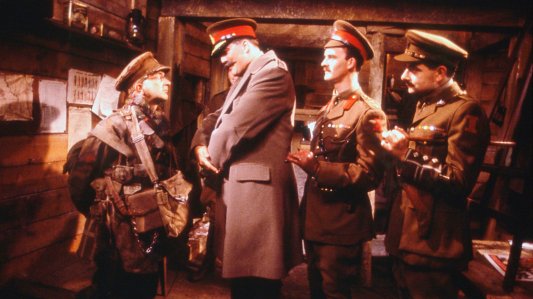 Who then would be a leader?

Well, perhaps that is the point.

To be a leader should take some guts; it isn’t about how many badges or how long you have been in the seat, it is the risks you have run for your people, the distance you are prepared to go to test a new system or idea.

There will always be people who will do what a ‘leader’ says. Hierarchy and authority facilitate this in a multitude of ways, yet, is that what we want?

Do as I say, not as I do – a phrase originally attributed to the 17th Century English polymath John Selden in his book, Table Talk published in 1689, thirty years after his death – I guess this was him leading, not commanding!

Some might say that this is unworkable democracy; others I have heard express, ‘Leadership isn’t a popularity contest,’ suggesting that to lead you have to make decisions that everyone disagrees with; Theresa May has that down to pat.

Populism is where the majority get to determine what is right and wrong; that is Brexit and that was Nazism – no, we don’t want either of those.

Who am I kidding? 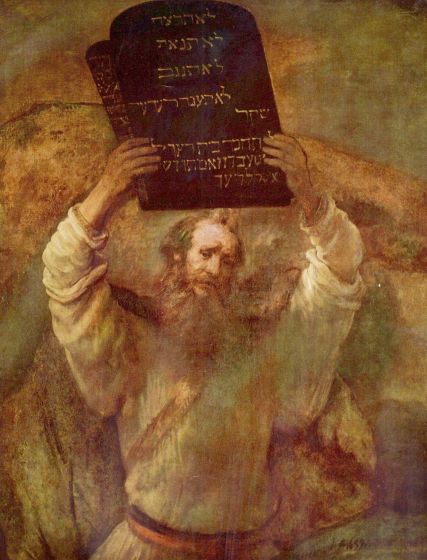 This topic is written about in countless books often found in the management section of Waterstones; A whole journal, Harvard Business Review is obsessed with the concept. I am not going to sum it up here.

I can however express my opinion.

Leaders should go in front; there you go. They should be willing to undergo the same challenges, discomforts and struggles as those they intend should follow them.

Don’t pretend to lead when you are commanding – it doesn’t work; it just makes people frustrated and results in frustration.

As to whether going first, jumping out of the plane before everyone else is sufficient to bestow the title on an individual, I doubt; there has to be more – perhaps adding, caring, compassion, intelligence and most importantly a sense of humour.

Then you are getting somewhere.

2 thoughts on “Leaders and Commanders”