The trouble with keeping people well.

We have a health and social care system that is built upon failure, or, at least, things going wrong.

Imagine I invented a medicine that kept people well.

It is a pill you take, and it prevents disease.

Clearly, this is absurd, as there is no such thing as disease, only diseases (like when we think of a cure for cancer or dementia – these are multitudes of different conditions, not like say, a vaccine for measles which is one pathogen.)

In the trade they have a term for this, ‘Snake Oil’

I remember John Diamond writing about it years ago. 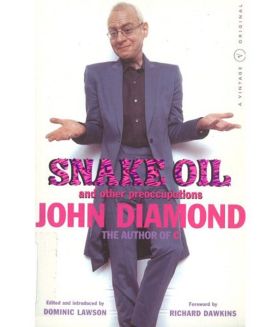 We have a branch of medicine called ‘primary prevention’ – this is the treatment of states that aren’t quite diseases but, if left unchecked can go wrong. The most common example is the monitoring and treatment of raised blood pressure.

High blood pressure (so long as it’s not too high) isn’t that awful.

We use millimetres of mercury to describe this physiological state.

Normal is 120/70 – higher than that at you approach hypertension; lower and you are hypotensive. You see, anything but normality has a name (even when normal you are normo-tensive).

Having a blood pressure of say, 150/80 is not in itself particularly harmful, it is the effect on your whole-body system over a period of time – years, sometimes decades that unleashes a multitude of different, let’s call them pathological processes – heart, kidney, brain disease.

We prescribed anti-hypertensives to achieve as low as possible a blood pressure without it becoming too-low – which carries a risk to health and wellbeing, not just of falling over, but of premature death.

As we learn more about health and disease we discover other similar states – for example, when I was a student, folk used to be diabetic or not; now, people fall into a state of pre-diabetes, which with appropriate attention – often lifestyle changes, we can avoid progression to the inevitable.

And, these are just two conditions.

There is measurement of cholesterol, lung and cardiac function, psychological health and wellbeing, skin, eye, teeth and auditory health.

A lot goes in to ensuring that we stay well.

And, none of this has a straightforward solution.

There is the adage, ‘All things in moderation,’ but that doesn’t necessarily prevent you from developing cancer or raised blood pressure if you are genetically predisposed, no matter the cups of tea you imbibe.

Perhaps this explains why prevention is so much harder than either treatment or cure.

In a previous blog I wrote about the pyramid of risk; where, given limited resources we direct our actions to those most likely to benefit, generally, this is those most at risk, the old man who has fallen rather than the man who might fall; the woman who has had a heart attack rather than her sister who is otherwise well.

There is a whole science behind population screening – this is where you take everyone of a certain age and/or gender and provide them with a screening test; for example, cervical screening, mammography and aortic aneurysm screening programmes to name a few.

For these, much time and effort has been invested in determining whether screening is the right thing to do and adequate numbers of lives are saved versus the cost, the inconvenience and associated anxiety cause by subjecting hundreds of thousands of otherwise well people to medicalisation.

One day you change from being ‘Rod’ the person into ‘Rod’ who has a 5cm aortic aneurysm; your whole life flips and with it your approach to wellbeing, mortality and, potentially relationships with insurance companies.

This is one of the risks of trying to keep people well.

In China, back in the day before Hong Kong and the opening of their markets, when people used to cycle around and practice Tai Chi in the park before work, these cultural aspects led to health and wellbeing – physical and psychological; I think the Dutch have managed to cling-on to the bikes.

What happens when you start mandating or prescribing bikes or long walks?

Another innovation we have in the UK is Social Prescribing; this is where your doctor or nurse identifies that what is wrong with you isn’t something that necessarily requires a pill or a procedure, but activity or, other people.

You prescribe a session at the gym, a social club, a walk in the woods with others of similar ability. These are alternative approaches to loneliness and social isolation.

This so far has proven very popular and is being rolled-out nationally; it was even included in the recent NHS Long Term Plan – the government’s attempt to point care in the right direction; as to whether it is the right or best answer we will discover. Most people, when they have a bad back want a pain-killer and to get back to work, not a kindly doctor telling them to join Weight-Watchers.

Again, something I wrote recently was my reluctance to wait for evidence-based medicine to determine what I should do. The academics will tell you that without this, (otherwise known as ‘EBM’) I risk doing more harm than good; my one-to-one conversations with all the residents in the care home, rather than creating a situation of trust and confidence, leads to dependence and increased anxiety.

I guess the point here is to tread with caution – to approach each clinical encounter with the sensitivity that whatever you do or say could be taken the wrong way; your attempt at reassurance could lead to worry, by stopping the supposed dodgy drug you have led to unanticipated complications or side-effects.

The point of this blog is probably to suggest that we shouldn’t be so hard on either one another or on the system.

Very few people are out there with the explicit intention of doing harm;

Sure, British American Tobacco are still going strong and the Petrochemical Industry is exploiting the planet, but most of us, particularly at the level of the individual are just trying to get by, looking-out for family and friends and then, when you are confident they are safe, community and society.

You don’t need to accept things for the way they are, you can work towards change and growth; you are more likely to achieve your goals through a humanistic, love and be loved approach rather than one steeped in cynicism.