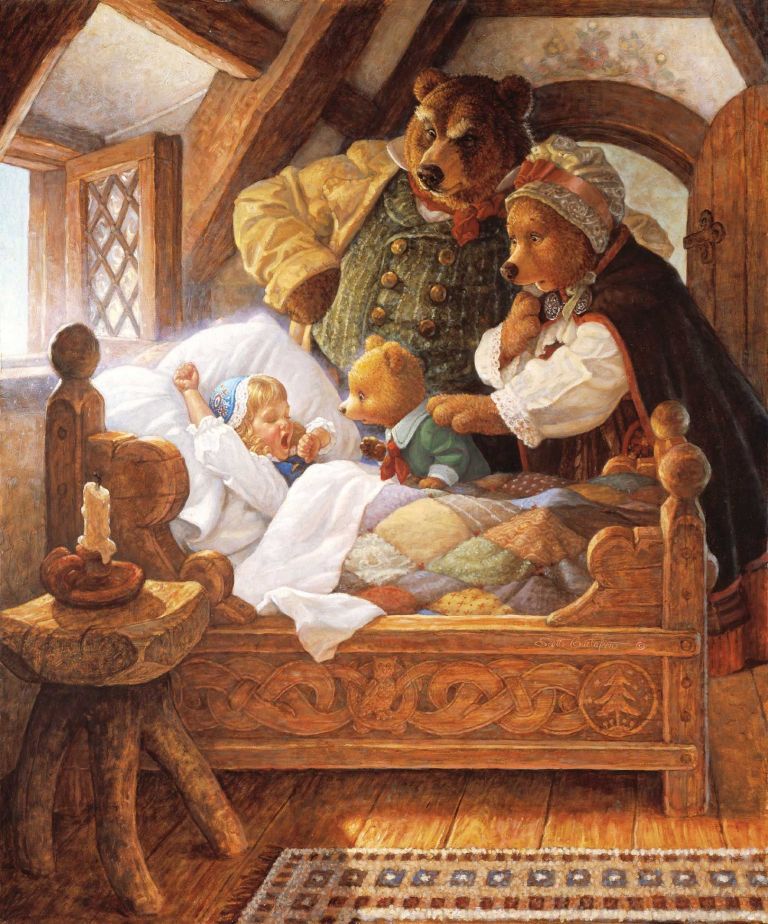 As part of mulling over who I am and what I do, I have recently struck upon an area of confusion that started in yesterday’s blog and which I thought I would develop further today.

In case you hadn’t noticed, the title has two ‘GPs’

The first is more familiar – your GP; General Practitioner – family doctor. The man or woman usually based in a health centre or building within walking distance of your house.

They are the people you check-in with when you are out of sorts; worried that the worry you have been having is not lifting or the bump you thought was nothing is now a lump.

I have written before about my GP when I was growing-up; the Late Dr Kerr of Clarkston and Giffnock. I mostly have fond memories with the exception of the course of injections I received to stop my allergies sometime around 1978 (didn’t work) – the relationship continued for many years after.

Preceding Dr Kerr, there was the legendary Dr Gilchrist who for decades ran a surgery in a practice in the South Side of Glasgow. I never met him although I believe to my parents and grandparents, he was their archetypical GP.

I don’t really need to explain what a GP is.

To reiterate for anyone questioning, this is what I am not.

This is what I am.

A General Physician is a dying breed – they used to be all the rage in the 70’s, 80’s and 90’s. People would carry the title with pride. More recently, the specialist component of the title has begun to encroach and there has been a moving away.

Anyone who is a Consultant Physician in the UK (that is someone who thinks more than does), when fully qualified – after five or six years at medical school, 10 or so years ‘specialising’ – with relevant exams and further assessments is considered accredited in ‘General Internal Medicine’ – as described yesterday ‘GIM’ – this is again, looking after anyone who is an adult who doesn’t need an operation – everything from cancer and asthma to diabetes and anxiety (yes, there is an overlap into the field of Psychiatry too).

GIM is the broadest branch of medicine with the exception of General Practice. As to which is bigger (wider), I don’t know.

It used to be, before the significant rise of the specialist that if you had chest pain which was found to be a heart attack, a General Physician would sort you out. That was the way it was in many hospitals in the UK until very recently.

I don’t think anyone has a problem with this sequence of events.

Certainly, when my plaque ruptures, take me to the Northern General as fast as you can.

Life, however, is not as straightforward.

It is very common, for example, for a heart attack to be accompanied by depression.

What do you do?

Mostly this is where the Cardiologist’s effectiveness wanes and specialist (frequently nurses) step-in. They, aware of this situation, try to support; if that doesn’t work, for most people, it is back to their GP to address their anxiety or low mood.

Again, this is OK, yet, when you look at it, the actual problem was the heart-attack (or the ruptured plaque) (or the lifestyle or the genetics) yet, very quickly you have two doctors addressing separate aspects of you; the heart part – the Cardiologist (and, to a lesser extent the GP) and the mood part – the GP.

Although some Cardiologists are skilled in the psychiatric arts, this is unusual.

This we can accept, although when you develop a rash which might have been caused by the heart medicine or by the anti-depressant (prescribed when the talking therapies don’t work), what do you do?

This can lead to snail-mail correspondence between GP and Cardiologist, potentially, depending on the nature of the rash, involving a dermatologist; heck, if you get very depressed, you might eventually have a Psychiatrist involved.

You see, the complexity grows.

This is also OK.

It is the way our health service operates; it is also the way the Shoe Event Horizon happened on Brontitall. Sometimes called inflation.

What happens when you are no longer a 40-odd year old with heart attack but are in your 80’s with stroke, diabetes, eczema, anxiety, cancer, arthritis and you are the main carer for your wife who has just as many health conditions as well as dementia?

The more people, the greater the complexity and the higher the chance that the system will collapse. This sometimes happens in the NHS today.

It is not uncommon for patients to spend weeks visiting different hospital appointments for scans, tests, clinics, all in a never-ending cycle of assessment and review (frequently each time with a different doctor, nurse or therapist – aka, in the absence of continuity of care).

This is where they system is struggling.

I appreciate I began this blog aspiring to differentiate between GP and General Physician.

Taking us back to the start; I guess, the General Practitioner – General Physician distinction in the past as least, is related to location.

The GP was down the road, the General Physician in the hospital.

And, that was OK so long as hospitals kept getting bigger and more money was invested. (This breeds terrible inefficiency, but you can’t have it all ways).

Of late however, with the shrinkage of social care and the shift of social problems to those of health and social care of just care, everyone has realised that the old model doesn’t work.

This is taking the doctors (and everyone else) out of the hospitals into the community.

You can’t move everything (yet) – it used to be that only big hospitals provided dialysis; now people can have this at home. In Sweden they even began a fashion of self-dialysis, turning-on the taps yourself.

Much of this leads some to balk.

Generally, those on the spectrum of, ‘What if?’

They are usually in pitched battle with the people who argue, ‘What if not?’

When you take a General Physician out of the hospital and put them in a community clinic (or GP surgery like me), what are they?

They haven’t become GPs – they couldn’t cope with the variety, the intensity and the pressure.

I think they need, again, like me, to define what they do, how they do it and go for it.

There is a thing to do with numbers.

You see, most people are well.

Most people reading this, for all they may take the odd beta-blocker or statin are in the eyes of care, ‘fit’ and, fit folk don’t tend to benefit from seeing physicians (and even less specialists) – mostly this is because there is nothing for said doctor to do (they can always think-up a test if necessary); Heck, your GP doesn’t even want to see you except perhaps for an annual check.

Fit folk just keep doing what you are.

Yet, amongst the fit there are the poorly; the sick and the diseased.

Most recently in Primary Care this has been re-defined, at least on a population basis to those who are over-65 years old and who have moderate or severe frailty.

I don’t have the capacity to expand on frailty here although I have written about it in the past.

Until this month the system instructed that everyone over the age of 75 should have an annual health check. I suspect it was realised that most people in Britain today who are 75 are actually quite fit and don’t benefit from such a review, yet, there are many 65 year olds who have a variety of health and care needs who are missed if you go purely on age.

This is the new thing anyway.

However, even when using the sophisticated ‘electronic frailty index’ and 65 years, you will miss sick people and see quite a few well.

And this is perhaps my point.

When we try to draw lines around A, B or C and divvy individuals – be they doctors, nurses or patients into nicely defined boxes it doesn’t work. It can’t. This is my problem with pathways.

We acknowledge that the only way to deliver care is on a Person-Centred basis; yet there is too much variation in humanity for such clarity.

And the same too with General Physicians and Practitioners. Do you see what I did there?

Heck, we used to have General Surgeons who would skilfully remove your appendix. They too are a dying breed.

The task lies in determining who the Physicians and the Practitioners should see; who will benefit most. How do you stream people down pathways yet retain individuality?

And here, I haven’t even begun to describe the other hat that Physicians wear – that of their speciality or special interest as it is still often called in the UK.

You see, my special interest is older people.

I am going around in circles here…

Let us accept that General Practitioners and General Physicians and Specialists all have their part to play in the tapestry that is care.

No one knows better than the GP2 (that’s novel is it not?) or the Specialists who it is they are best placed to help or support. And, it is probably to them that we should turn when there is uncertainty.

A patient with a headache is more likely to receive paracetamol from a GP, a CT scan from a General Physician and an MRI from the specialist.

Who is more effective?

If you have a migraine or tension headache, the GP is who you want; if a rare form of brain tumour, the specialists.

The Generalist is kind of left-out.

Yet, when you have to wait a week for the GP and six-months for the specialist, why not think laterally?

This is the key to unlocking the enigma.

It returns to creativity.

Too broad and creativity struggles, just as with too narrow a focus.

Some call this the Goldilocks Effect.

Me, I am the middle-sized bear. 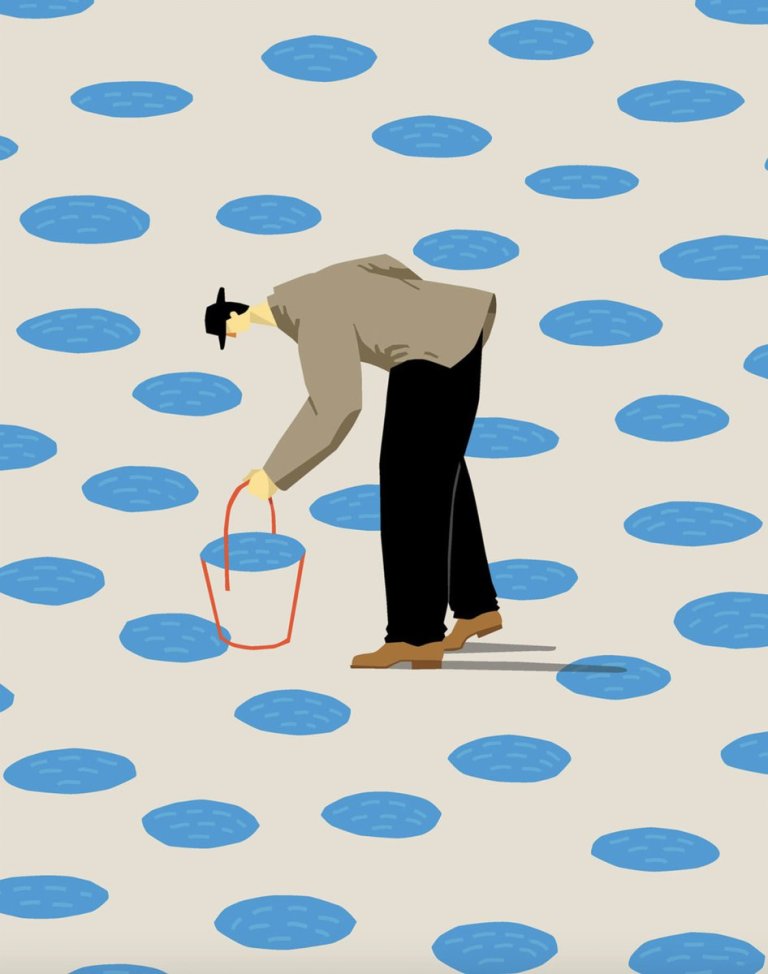