I wasn’t sure where to begin.

Yesterday, when I woke at my customary weekend six am, I considered heading for the computer and writing some more about Covid. I then thought, no more! It’s everywhere. Not only has the virus permeated the cells of millions of people, it has entered the consciousness of billions.

I didn’t want to contribute.

I thought perhaps I could write a poem about the yellow flower that captivated me or the roe-deer my son saw when out with the dog.

And here I am.

I thought perhaps rather than discuss some of the issues we have been dealing with over the past few weeks – PPE, hand-washing, social care, distancing and advance care plans, I’d relate some of my learning from listening to 15 hours of ‘The Great Influenza’ by John M Barry.

There are many similarities between 1918 and today and yes, everything is different.

I can’t order these by importance as my head isn’t adequately focused, instead I’ll communicate as they come to me… (Don’t read too much into that).

Waves… There has been discussion about waves of the pandemic.

The media hasn’t quite cottoned-on to this yet. From 1918 there were three main waves of infection; the first which started in Kansas was relatively mild – a highly contagious influenza that tended not to kill, this was then superseded (NK) by the second wave which was deadly; this the one which swept across the world accompanying WW1 soldiers as they moved around the US then into Europe; most deaths occurred in those who were 20 to 40 years old. The theory being that the older people – those bearing the brunt of the mortality and morbidity today had experienced an earlier flu at the end of the 19th century and had a degree of immunity.

That wave killed millions of people. No one quite knows how many – perhaps 50, maybe 100 million across the planet.

Records then were shoddier than today, where for example we know that upwards of 10,000 people have died in hospitals in the UK over recent weeks, the reality of total deaths is probably 20 to 30 thousand when those who die in nursing, residential homes and at their own home are taken into account.

Equally, the figures of people tested positive are misleading and skewed, principally because we are testing so few people in the UK – the numbers are worse than meaningless, they are harmful as they give a false representation.

Anyway, we are not at the level of millions of deaths.

You might wonder, what are the waves? Why do they happen… Well, the first reason is that just because you aren’t infected the first time around, perhaps you managed to keep your distance, remained in quarantine successfully, doesn’t mean that when restrictions are lifted you can’t get it on the second or third pass.

The more significant reason relates to a term in virology called passage or antigen-shift (or drift) where the virus mutates as it passes through its human host.

We can’t quite imagine the scale of virus transmission; it is like trying to teach quantum mechanics to an infant.

One virion – yes, that is the name of one solitary strand of mRNA that can cause infection, can enter a human host and within a matter of days have transformed into millions, probably billions of copies; the one individual begins shedding billions of virus particles;

The virus, taken-up by host cells joins-in with the human cell metabolic processes and replicates; it destroys the cell and allows for its copies, its sons and daughters to move-on and enter into other cells where the process continues.

This replication is prone to error. Not every virus is the same as its predecessor; this because of changes to the genetic codes, consequently, out of a million identical copies there might be a ‘few’ (?100,000) that are not quite the same, most of these will result in a dead virus, some, even if it is one or two particles of mRNA, have a difference, perhaps higher infectivity, greater resistance to washing or UV light, their offspring will in turn carry this defence and so on.

It works both ways; the shift can render a virus less virulent.

It is the lotto writ large.

I am at the end of my second page and I have not yet finished, ‘waves’ – you see, there was a third wave of the 1918 influenza; stretching into 1919; the war was over, and people were still dying. Those infected the first time around were mostly immune, those who were not, developed an attenuated infection; the others who had dodged the bullets of round one and two (and the Kaiser), died.

I saw the news of Wuhan opening up today. I don’t know what will happen.

To be honest, when reading the numbers in China I couldn’t understand why there were so few.

I now know about the UK system of reporting, which as I have suggested misses-out most of the deaths; if the same thing happens in China, we have an explanation.

In China, it seems that whatever level of human rights the individual citizens possessed before the pandemic have been wiped-out; the state is controlling in ways beyond the worst of Orwell’s nightmares. A fair price to pay for the reawakening of an economy? Who knows?

From waves to origins.

Most of us have felt disgusted, repulsed at the way the president of America has managed the pandemic; he is (or will be) responsible for more peace-time deaths of his own citizens than any other free-world leader.

It isn’t this I want to consider, it is the name.

The 1918 Influenza, now called ‘The Spanish Flu’ actually began in Kansas. It likely jumped from people handling ducks or geese in a rural market; it then spread.

We know the story.

It was just before the US’s entry into WW1; Wilson the president took control of the media, enforced total censorship alongside social pressuring; say anything negative about the war or anything positive about Germany and you’d be arrested; if not, pilloried. Not quite as bad but similar to the way social media today is going after those who live in tenements, tower blocks or flats who venture outside for some fresh air.

The virus started in America, it killed hundreds of thousands of Americans and the media were silent; this to the extent that soldiers moved freely around the country and in Philadelphia they even hosted a massive war-bond parade, replete with school children and brass bands despite warnings from doctors;

At least we have called-off Glastonbury.

And so, with the media across Europe.

Negative news, anything considered harmful to troop morale or the war effort was quashed; only in Spain, which stood outside the carnage of the Great War was the press free to publicise the horror of the infection and consequently it became labelled with the blame

Not the Chinese or Wuhan virus. Just, the virus, Mr president.

There is much more to write;

In terms of lessons for today, one of the most salutary was the numbers of doctors and nurses who died in 1918.

Back then they didn’t have a good understanding of PPE. Folk wore facemasks for sure, as to their potential to prevent the spread of influenza, it is uncertain.

Why have so many doctors and nurses died in the UK, in 2020?

You would think, if the virus were more toxic, say at the level of Ebola or Smallpox, the precautions taken would have been greater; what I am suggesting is that staff would not have been allowed to treat patients without the correct protective gear;

You wouldn’t send someone into the centre of Fukushima wearing a plastic flimsy? Well, the UK has allowed that to happen. 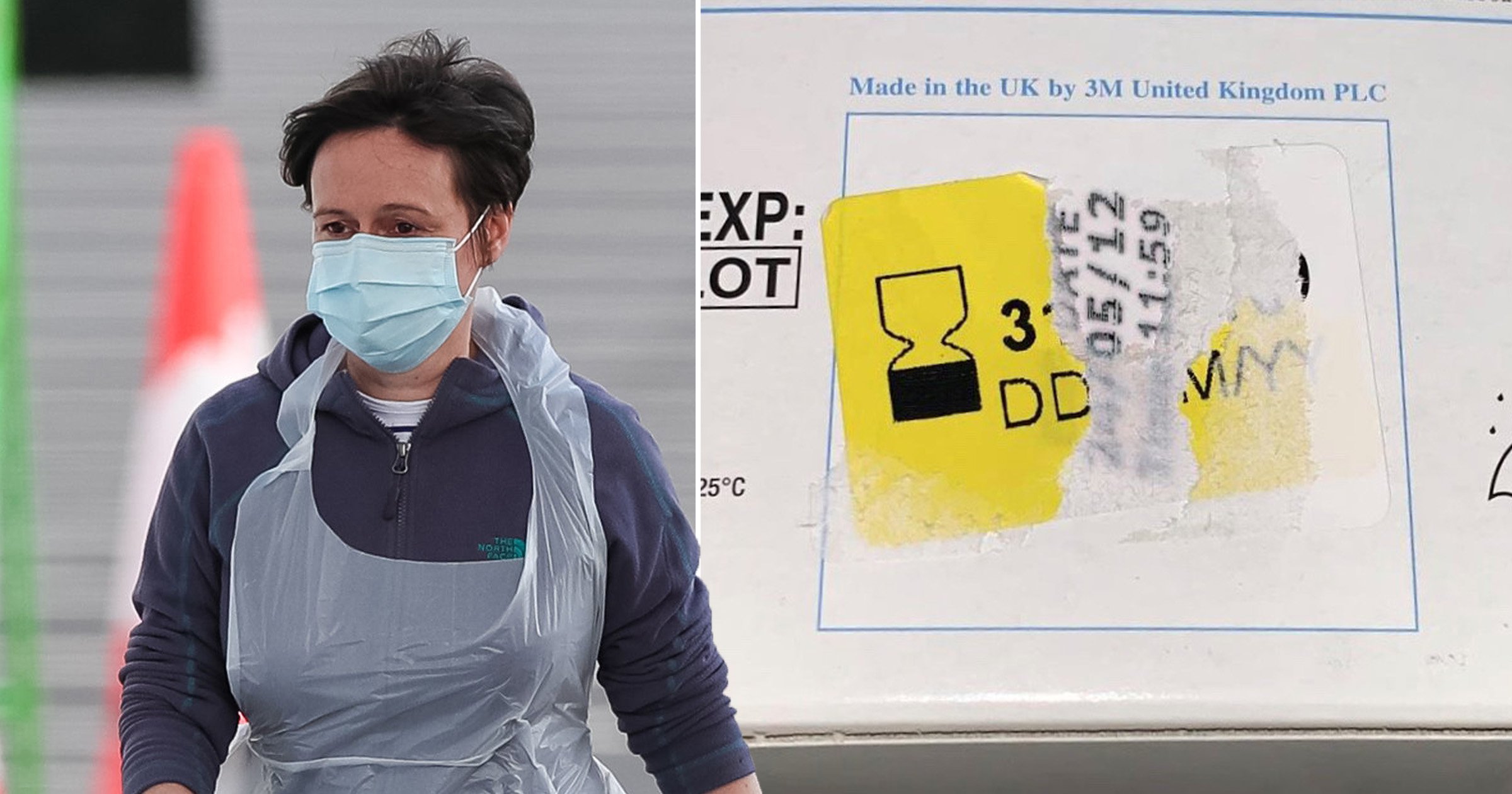 When the first guidance was released, ‘Only use PPE if you suspect the patient has Covid,’ it rang false.

When we were told to socially distance but still only use PPE if there was concern a patient had the virus, it became a nonsense;

Now, even if you don’t believe or suspect the patient has Covid, you wear a facemask, gloves, the flimsy apron and some form of eye protection.

You see, as most people appeared to realise, before Public Health England, you don’t know if you’ve got it, just as the patient doesn’t know either. We call this incubation, a public health term, that they missed.

It is possible they were too busy worrying about the shortage of PPE. The collapsed supply chains, where today, Easter Sunday, the 12th of April 2020, there are almost certainly doctors, pharmacists, therapists, carers, porters, nurses, ward clerks and others exposed to patients with Covid who can’t get the right gear.

And what about the people who are dying?

No one quite knows why so many doctors and nurses have died (this is relative numbers), one theory relates to viral load – if you catch one virion, your body has time to adapt, raise an immune response and cope; if you are inundated by a swarm of virus particles from an infected patient who perhaps sneezes or coughs on you, inoculating you with billions of copies of the virus, your body cannot cope, a tsunami of infection overwhelms and your chances of survival are reduced; all this for people who should be dressed like spacemen and women but who are instead wearing the equivalent of Speedos.

Apologies that this blog hasn’t been more positive, more optimistic; I haven’t mentioned the people banging pots and pans on Thursday night or the supermarket early opening, or even Boris and his heroic battle.

These all fade into insignificance when we consider where we are and what lies ahead.

And please, wash your hands.

4 thoughts on “Infection then and now, the Great Influenza and Covid… lessons from the past, reflections on the present.”