My dog Stella was poorly this week.

She was and she wasn’t.

Poorly has many definitions.

Stella had an anaphylactoid reaction.

I have called it this, rather than the more commonly discussed anaphylaxis..

The subtle difference between the two will mean little to most.

The former, anaphylactoid, tends to be less severe. Sure, when it happens, people can look awful, and my poor dog didn’t look great – see below.

Anaphylactoid is an allergic reaction that most commonly appears as angio-oedema, that is swelling of the face – the lips, eyes and tongue.

For the most, this type of reaction although frightening and very uncomfortable is just that, it tends to settle with anti-histamines and avoiding whatever set you off in the first place.

Only very rarely does the swelling become so severe that the person affected is in trouble, that tends to be when the tongue or throat is so swollen they struggle to breath and, yes, that is a problem.

Before talking about my emotions – this is a blog centred around those things, I’ll touch on anaphylaxis.

This is the big bad brother of allergy.

It is when a person’s body is exposed to a specific allergen (food, pollen, bee sting, for example) that leads to the release of histamine and other horrible chemicals into the blood stream and you have what is called a systemic reaction, in that your whole body is affected, you can’t breathe, your blood pressure drops, without treatment people not infrequently die as a consequence.

(As an aside, it is one of the most satisfying conditions to treat, an injection with adrenaline tends to take someone from near-death to feeling fine in around 20 minutes.)

Anyway, back to my dog.

We had just finished dinner and Anne commented that Stella’s face was swollen.

I looked across and she did appear odd.

‘She’s probably holding something in her mouth,’ I said – since the arrival of pup, she has taken to hoarding all sorts of toys and chews in her mouth so the pup can’t get them. 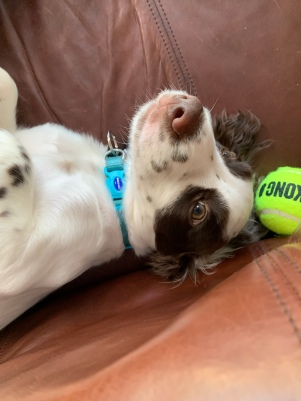 By the time I caught Stella and had a feel of her mouth I agreed, ‘Yes, it is swollen.’

It was at this point that my emotions went awry.

I self-diagnosed anaphylactoid (she appeared otherwise well), yet my son, whose emotions are fairly normal became anxious. ‘We should call or take her to the vet.’ 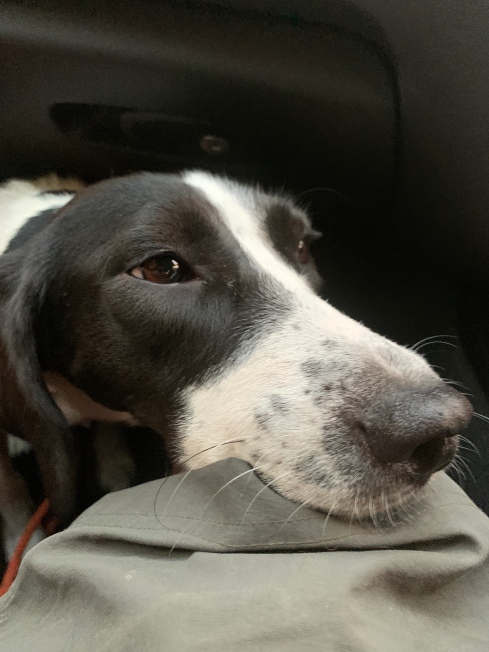 It was half past seven on Thursday night. I was looking forward to ‘Pet-Hospital Puppy Special’ on the TV.

I said not to worry, she will be fine.

‘I think we should take her to the vet,’ repeated my son.

‘You’re a doctor, not a vet!’ exclaimed my son.

By this time I could tell my son was getting frustrated. When poor Stella, lying by my side on the settee tried to bark only to make a plaintive yelp did I start to become concerned.

‘Maybe dog allergies are different,’ I thought to myself.

By this time I had already Googled ‘Angioedema in dogs’

Stella was struggling to stand and my son had given-up on me, and left to request  from his mum that we do something, I rang the on-call vet.

I was getting worried.

The on-call vet was 25 minutes away in the car.

We administered the antihistamine and drove to the vet.

By the time we had arrived the swelling had started to settle.

The vet did all the things vets do.

Checked her over, charged us £170 pounds.

She was fine the next day.

What I found interesting?

Well, if I had happened to watch Noel’s Puppy Hospital I am almost 100% certain I would have seen people in states of distress and upset far more profound than mine. There are always tears, weeping, sorrow, often for dogs or animals that are far less unwell than Stella.

Even afterwards reflecting on the situation with Anne, we agreed that we had remained inappropriately calm throughout.

Sure, freaking-out never helped anyone and, back in the day when I used to lead cardiac arrests in the hospital I was usually calm and methodical.

Yet there is something odd or unsettling about my lack of emotional expression.

Sure, I love my dog.

I felt quite worried and upset, particularly at the thought she was becoming very unwell due to my tardiness at seeking help, but more, I think of others, behaving as you might say, like ‘normal human beings’ and I worry about myself.

My son was very upset, that to me was a normal human response.

To me and, probably Anne, we encounter so much stress and distress in our working lives we have to some extent become inured.

We see a problem and look to a rapid fix.

The NHS calls for rapid fixes.

The vet took eight minutes to tell me Stella was fine.

Were Stella a human and I was her doctor I would have conveyed the information in two minutes and moved-on to the next patient.

Sure, in many situations, animals receive better care than humans in the UK.

The NHS is currently, because of post-Covid and Covid pressures, melting.

Demand has never been higher, the waiting lists never longer.

A human wanting to see a doctor and being reviewed withing 30 minutes in the UK is unusual; sure, for anaphylaxis, the NHS tends to still be OK although I am sure it would have taken longer, by the time an ambulance might have arrived at the house; the paramedic may even have administered adrenaline which is not the right treatment of angio-oedema – the two conditions are often miss-diagnosed. (Adrenaline works for angio-oedema, it just makes you feel like you are going to die as the chemical rushes a panic attack through your brain.)

Am I more robot than human?

To what extent has being a doctor detached me from the gamut of human emotion? Is it just me – reserved and introverted, preferring to spill my emotions at 3 in the morning on this blog? 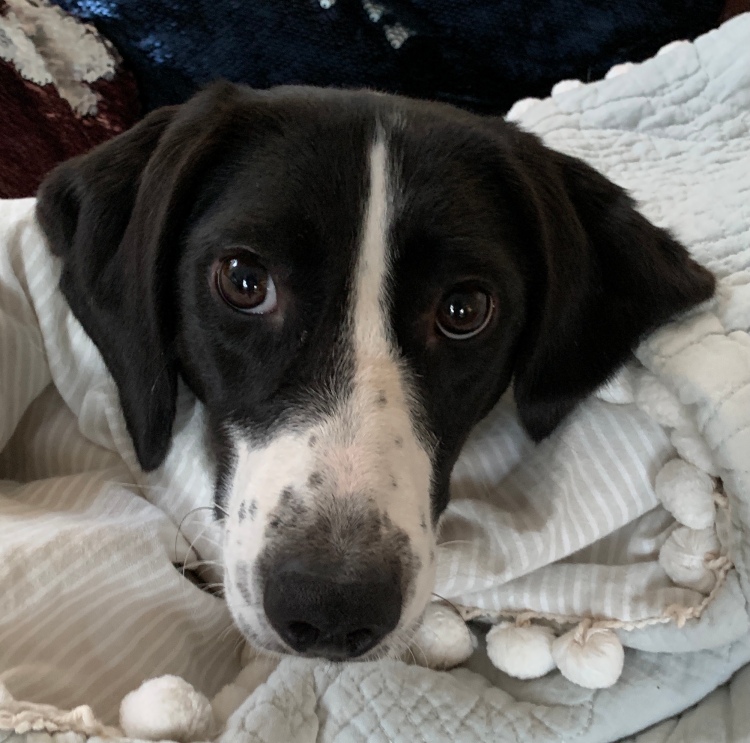