The government and, in particular the NHS are masters at inventing arbitrary names, often allayed with acronyms to describe obscure pathways and processes. It is what they do best. I imagine a conversation between the regional manager for NHS Y (can’t be NHS ‘X’ as that is, unsurprisingly already a thing) and their child:

Freddy: What do you do when you are on the computer in your office?

Freddy: Are you a key worker?

Mummy: Yes, I suppose I am.

Freddy: What do you organise?

Mummy: I find ways to move patients and staff around a diminishing system to maximise output, retention and wellbeing of staff and patient care. I also invent acronyms.

Freddy: Can I watch Disney?

OK, what is this about?

Well, I want to focus on patient experience – in layman’s terms, and depending on your age and state of health, that means you, your mum or dad, brother or sister and what happens to them when they need healthcare in the UK in 2021.

During Covid (or when Covid was at its worst) (There seem to have been several ‘worsts’) the NHS developed a scheme to help support hospitals.

The idea was that when a patient did not need to remain in an acute hospital bed, they were discharged as efficiently and effectively (as quickly) as possible.

Clinician (mostly male consultant) saying, ‘Medically Fit’ followed by feverish activity by nurses, junior doctors, therapists, pharmacists, clerks and others to get that person ‘out of the bed’

For the most, ‘out of the bed’ meant straight home, sometimes with their family or an ambulance, occasionally in the back of an Uber.

This, the bureaucrats* called ‘Scheme One’.

The aspiration at the start of Covid was that upwards of 95 (or was is 97?) per cent of patients would follow Scheme One; chest pain > heart attack > ambulance > A&E > angioplasty > Coronary Care > 4 days later, home.

Voila. It is a recipe for simplicity.

It works well so long as the ‘medical model’ holds true and patients do as they should (recover without complication from single-organ events).

When patients deviate from the furrow (the actual meaning of delirium) things can go awry, their time in hospital can be extended unnecessarily – this is called ‘length of stay’ or LoS, with extended LoS being a problem. 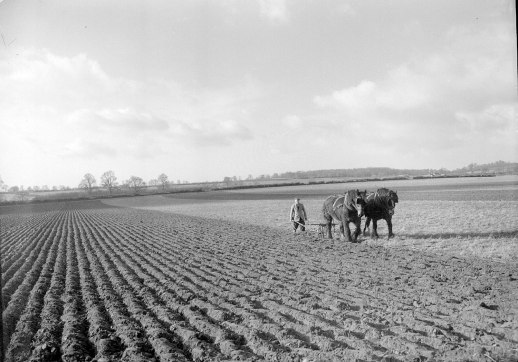 Some patients stay weeks, even months in hospital beds because of complex issues relating to the interplay of their health and home situation.

I have a man who has been stuck in bed too long because he has eight cats.

I understand the cats are now with the RSPCA.

I don’t know if my patient knows.

Scheme One is fairly dull.

It is Scheme Two that is more interesting and the one where I spend much of my time.

This is when a person is deemed ‘medically fit’ (to new readers of my blog, please Google ‘almondemotion & medically fit’ for lots on the topic) and they can’t go home – perhaps because their home is uninhabitable – they are hoarders, the roof has fallen-in, the street is too dangerous, there is a sinkhole, that kind of thing, or more often, they are too frail or confused to manage even with the care that could be provided to the Scheme Oners, they pass into Scheme Two.

These folk, by and large are moved from hospital into nursing and residential homes in the locality.

The aim of all of this, the Scheme One and Two is to create more capacity in the acute hospital so they can support the newly sick – something called ‘flow’ (not the kind described by Csikszentmihalyi).

To the casual observer, this might seem OK – person (for them most, people who are old e.g. over 85 years and often have either dementia or delirium) who doesn’t need to be in hospital and can’t go home, have to go somewhere, they are sent down the pathway of Scheme Two. (Before Covid these people remained in hospital and became ‘medical outliers/bed-blockers’ – an equally fraught experience).

This enables people (difficult to ascertain whether they are people or patients, it is probably more reasonable to stick with ‘people’) to be moved into care homes and, this is where the problem starts.

You see, taking person A, let’s call her Nora Newman (made-up name), who has fallen at home, she is frail, 90 years old and struggles to hear and see, she has lots of health problems and takes 20 different tablets every day. She has accidents with her waterworks (she has urinary incontinence) and lots of other things going-on. Her daughter, Angela (also made-up) lives in Southampton, (Nora is in Durham) is trying to find out what is happening.

Nora used to live in South Durham, Shady Towers is in the North.

This means that the GP who has been looking after Nora for the past 20 years, who knows her well, inside and out is no longer responsible for her care, it is GP 2 who is the responsible doctor for Shady Towers. This arrangement is through another NHS scheme called EHCH or, Enhancing Health in Care Homes.

Part of the complexity is that Nora’s GP doesn’t switch from GP 1 to 2 automatically – there is a period of limbo when the Shady staff are switching her across and GP 2’s admin are registering her.

Nora is in Scheme 2. GP 1, GP 2, the care home manager, Nora and Angela have no idea what Scheme Two means. There is a letter from the local Clinical Commissioning Group outlining some of this on Nora’s doorstep, yet Angela hasn’t seen that. And no one else has had the explanation of the schemes that I am describing here (GPs have been too busy managing patient demand and the complexities of PCN (Primary Care Networks), Care Home Managers too occupied trying to find staff to care for their residents (the Brexit workforce gap).

Nora falls in the care home. She is sent back to hospital. She is confused, disorientated. Prior to Freedom Day Angela couldn’t visit (Nora doesn’t have dementia, the Willy Wonka Gold Ticket to allow hospital visitors during Covid, she was just confused.)

Do you see where this is heading?

Eventually Nora is well or ‘stable’ enough to either go home or at least not remain in Shady Towers, a process of discussion between a social worker, Nora, Angela, GP 2, Care Home Manager and whoever else might be involved – perhaps a physiotherapist or mental health nurse.

As if this was not tricky enough, the social worker is living in a UK that has been diminished for the past decade by Tory Austerity. They are trying to do more with less. They are trying to do more using iPad’s to communicate with 90 year olds who struggle to see and hear, they have irate family who are still coping with the guilt of moving down-south a decade before. They still have their day job of helping people that existed before Covid and before Scheme Two was thought-up.

It’s a recipe for disaster.

People like Nora tend to be those who suffer the most.

I was on a call with a high-up social worker this week, her interpretation of this was that patients should be given a choice, should be empowered, shouldn’t be moved from hospital A to Care Home B unless they are in agreement.

I think she has been in management towers for too long.

The reality is that hospitals are experiencing more pressure than ever before, the numbers of patients waiting over 12 hours on stretchers in A&E is as bad as the late 1990’s, patients (people) are staying longer, unnecessarily in hospital, readmissions are up, survival is down.

It is not a brilliant picture.

The PM announced a rise in NI tax this week. I understand this is to offset some of the damage they have done to the NHS over the past decade. Fantastic. (And yes, Whitey is still on the moon).

The whole, the gap, the deficit or deficiency is in social care, yet, that has not been brought to the table.

I haven’t heard anyone saying we need to double the number of social workers or provide them with more support (many of whom are born and train overseas – the Brexit Gap again).

It is a perfect mess, all concocted by our government and voted into place by us. Not me. Yet, you don’t find many people saying, ‘Yes, I voted for this.’

Self-interest eventually comes-back and bites you.

Just as the gas-guzzlers of California are baking in the fires of planetary change, so too the Middle-Englanders.

I read in the Sheffield Star yesterday that ‘580 people died on the social care waiting list’ in that city alone.

The irony is that more and more often, it is you. Or, me, telling my patients, sorry, the waiting lists are long, you have to wait, ‘If I send you to A&E you might wait eight hours for an ambulance and then sit outside the department for an hour before lying on another stretcher for ten hours before seeing a doctor’.

I hate to write blogs without a way-out.

Here are my thoughts:

I appreciate this is not a fix to everything – you can’t fix everything; you can move closer to better, that is all I want.

When I take a step and it is away from better or good or kind, that’s what kills me.

*(is there anyone who know how to spell this word?)

One thought on “Shady Towers, Social Care, Nora and Whitey on the Moon.”