Yesterday, Friday, I was out and about visiting some of our patients.

We have an odd or you might say unusual model of healthcare provision in the surgery, I, as a geriatrician, not a GP don’t see a significant number of the ‘regular’ patients, instead I focus on those who are older or living with medically complex conditions. With this, I have a higher proportion of people considered ‘housebound’ attached to my workload.

Housebound is an odd concept as it is used in health and social care. It should mean that the individual cannot leave or easily get-out their home. There is another level of limitation which is bedbound, where the person can’t leave their bed.

Let’s face it, if you are bedbound, it is very difficult to get out your house. For example, to attend a hospital appointment a two-person ambulance with hoist and moving equipment might be required, for some people, depending on the layout of their house or flat this isn’t possible (too many twists, turns and narrow doorways, or they might be too heavy or terrified of hoists). (Yet, if you have a cardiac, respiratory or endocrine condition, the specialist will still expect you to go through this rigamarole to see him or her in the clinic.)

I think, most people would agree that bedbound equals housebound.

And yet, I have a couple of patients in particular who are on the housebound list who are in an area of uncertainty, one, because she has a scooter, which, weather and her health permitting, she can use to get out and about, another, because she has a friend who is sometimes able to provide lifts, enables her to go dancing. If the friend isn’t about, with their car, and their steady hand, she can’t go anywhere.

(I can hear some people thinking, ‘dancing?! If she can dance, she can’t be housebound!’ I don’t think she break-dances or Two-steps).

That isn’t the focus of this blog, just something to think about.

Well, I was out with our medical student yesterday, I took her to see some of my patients. Some were housebound, one bedbound and one, it was just easier for me to pop in and see them at their home.

With this, another aside. Patients exist, in my experience, in two states, one, the on-edge, on foreign (medical/clinic/hospital) ground which more often than not is associated with a sense of unease, anxiety and uncertainty – Where can I park? How much will it cost? Mask/no mask? Where should I sit? Am I late or too early? When will I be called? What did the doctor/nurse/therapist say? Did I remember to bring my..? And so on.

And the other, when the person is at home, the doctor, nurse, therapist is a guest and the shoe, as it were, is on the other foot. This latter creating a relationship that is a little more  balanced.

And what took me aback?

Well, you see, and I have written about this before, because of the system governing medical school entry, over the past five or maybe ten years there has been such a process of inflation, you can be confident that the medical student you are talking with is very, very proficient at maths, science, problem-solving, exam passing and for the greater-part all-round excellence. In other words, they are able to understand complex information, weigh right and wrong and come to a perfect logical conclusion. It is a world weighted in left-brain exactitude, which in certain areas is what you want when you ask the doctor about your rash, bump or funny heart.

And yesterday what surprised me, when talking about diagnostic heuristics and in particular Martin Bromiley, the student was blank. She had not heard of either.

In my day, if a consultant had asked me a similar question it would have been 50/50 that we had been taught it but I hadn’t taken it in. Nowadays students have reached such a level of intellectual refinement that if they say they haven’t heard of something it is because it hasn’t been taught.

So, the medical school had not taught what I consider a fundamental of patient safety.

Have you heard Martin Bromiley?

Martin has over the years told the story of his wife Elaine who in 2005 was admitted to hospital for a ‘routine operation’ which went disastrously wrong.

There was a whole lot wrong with the doctors, nurses and the way they approached Elaine’s care although one of the fundamentals was the propensity for (especially doctors, although anyone is susceptible) towards the misdiagnosis heuristic.

What’s a (an) heuristic?

It is a previously and repeatedly pattern of thought or behaviour that has been useful, that has taken you from A to B a hundred times and not let you down, to the extent you could move from A to B with your eyes shut and on leaving A you are confident that the next stop will be B.

In medicine it is the, ‘If you see a horse-like animal that has black and white stripes it’s a zebra’ mentality, which for 99.9% of the time will be correct. You will be wrong if it is an Okapi. What is that stripey black and white horse-like creature over there? It’s an infection… antibiotics… no better

You see the pattern?

Previous diagnoses are reinforced particularly as people assume, If Dr Rod thought it was an infection and it looks like an infection, it must be an infection.

There is more to this, if you are in a particularly hierarchical or bullying culture where Dr Rod, top-dog doesn’t take kindly to people challenging his authority or expertise, no one wants to be the person who asks, ‘Are you sure it’s an infection?’ (It might be infarction, inflammation, drug side-effect, hormone imbalance, or something else, the infection might be a virus and not a bacteria, and so on.)

This is the logic that Malcolm Gladwell talks about in one of his books, Outliers,  ‘Are you sure we aren’t flying too low?’ asked minutes before the plane crashes into the mountain.

And why is this not in the medical curriculum?

Is there too much other stuff to read and learn? Too many other conditions? Maybe it is time for a rethink of what students – and this likely applies to medical as well and nursing, therapy, pharmacy and so on are required to know (and perhaps the entry requirements).

There is so much to learn these days, the amount of knowledge is so vast, asking people to study and memorise is a waste.

Why not halve the facts and allow Google into the exam hall? Test the knowledge of concepts and thought processes, the use of initiative to arrive at solutions, in the examination station instead of guessing what you can hear down the stethoscope, ask the patient, ‘Do you know what is wrong with you?’

Maybe all of this is covered in medical school.

Perhaps my student was off reading or at the movies or enriching herself some other way when the lecture about Martin and his wife was featured.

I don’t think so.

If you haven’t watched the video, here is a link. 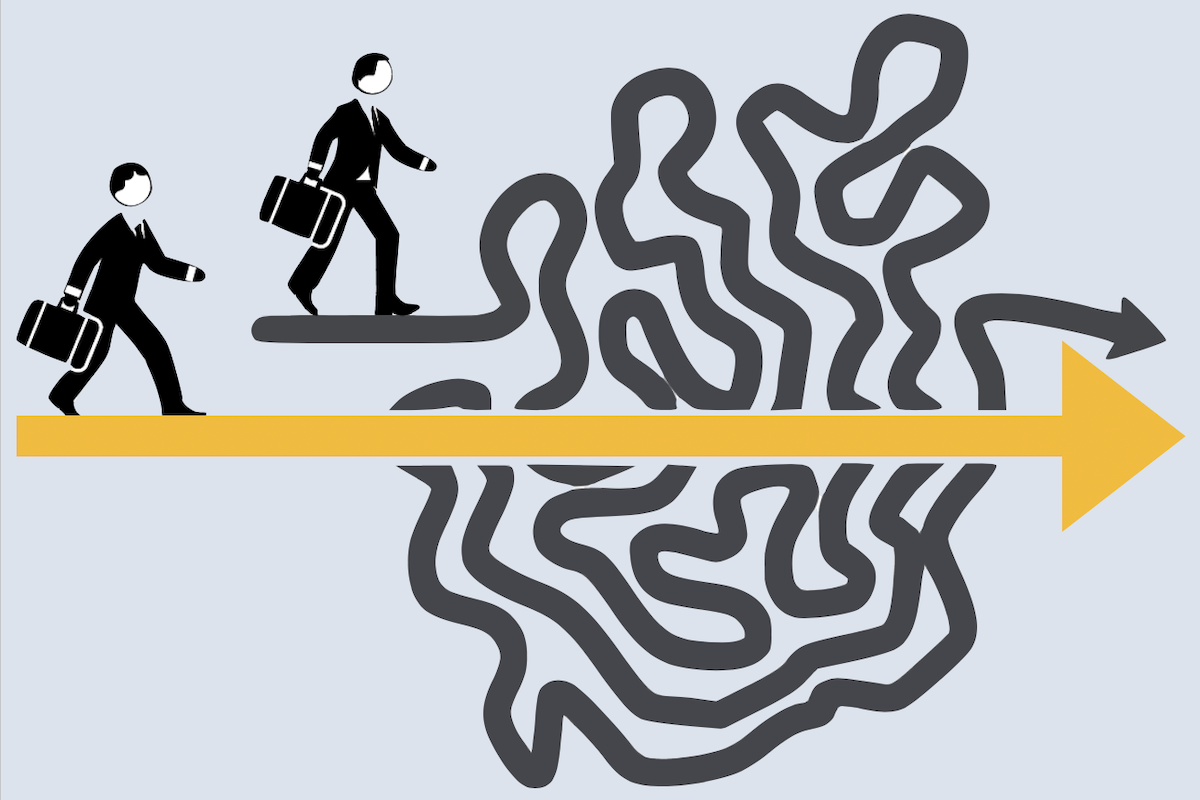