All the usually stuff at work although perhaps a little less intense as lots of people are on holiday which has led to some meetings being either cancelled or shortened. Blessed relief.

My family were in Wales last week. This left me alone with Stella the dog, Yoda the tortoise and an empty house.

Friday was probably the, not sure if calling it highlight, perhaps challenge of the week.

I had wanted to write about something that has been on my mind for a while, the notion of whether I am a ‘good doctor,’ or just a mediocre or bad one. If I have time I’ll touch on that later in the blog.

A reader contacted me this week asking for advice about his dad who is in his mid-90’s. His dad, it sounds, isn’t having the best old-old age and is anxious and calls the GP on a regular basis for help, support or advice on various concerns or ailments. Again I will try to discuss this shortly, although likely, you will have to wait until I have more headspace to cover my thoughts on this in detail. (I am familiar with the scenario, although it is often relatives who call on behalf of their mum or dad rather than the patient themselves. Being a regular nonagenarian GP caller shows determination at least, being able to navigate the phone systems and the wait to be answered).

Yesterday I ran my longest run in perhaps a decade. Just over 11Km which to those watching the Commonwealth Games isn’t anything spectacular, although for me was, as I say a PB. Hopefully not a SB, which I had to explain to my daughter last night as we watched Jacob Kiplimo of Uganda sprint to win gold in the 5,000m.

Are you getting a sense of the jumble?

Oddly, my mind is calm, which is probably related to all the running and swimming I have been doing.

Don Paterson the Dundonian poet once told me, ‘Happiness writes white,’ which is likely accurate for a dour Dundonian, although I am managing a reduced output.

Yesterday the life-support was turned-off for Archie Battersbee. This has been an awful time for the family and all those involved in his care. I can’t imagine.

I read last night about a GP, Hannah King in the South of England who killed herself. We don’t know why, although probably the pressure of her job.

Unless you are a GP or a pseudo-GP like me, no one knows how hard GPs work, people cannot apprecaite the insensity, emotional challenge or the isolation of the role. As I have written before, I am a rare breed of physician who has worked in hospital, in A&E, admission ward, cardiology unit and so on and has also worked, and continues to work in primary care.

No one in healthcare works harder than GPs.

And, I will say that the amount of work has increased since the pandemic. This is a blog in itself and I will allow myself to veer into this (I will catch up with good/bad doctors later).

Let’s face it there is a lot to complain about.

And yet, this is baloney. (Not a word I use lightly).

Here is a graph of what is happening to young doctors in the UK. 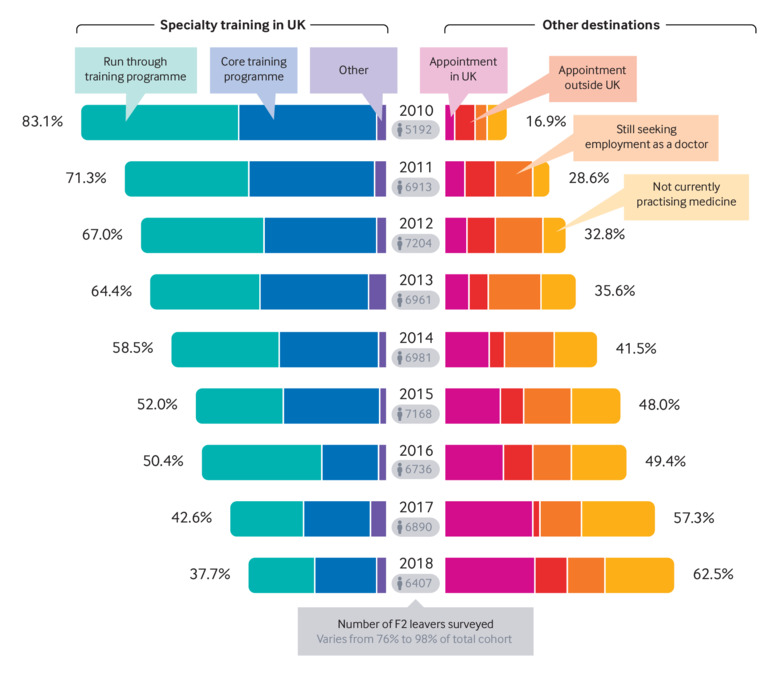 In the past decade there has been a massive departure. More people are taking a break or leaving than joining the profession. In a country that has been traditionally under-doctored this is not good.

In recent years there has been a diversification of the workforce, the establishment of Advance Clinical Practitioners which is something I have championed since the start. This is nurses, therapists, pharmacists and paramedics who undergo additional (usually two years) of training to work autonomously (in most instances under the supervision or support of a doctor).

Practitioners can prescribe, diagnose and treat. It has been a massive democratisation of healthcare and something to celebrate.

Interestingly, I first learned of the concept many years ago when a doctor from a West African country was describing the healthcare at home. There, nurses often undertake the roles of doctors – surgeons, gynaecologists and anaesthetists were replaced by nurses who could cut, stitch or knock-out for operations. The reason for this strategy was the lack of doctors in their country (the majority of whom had moved to work after graduation in the UK or the US).

I have always thought of this irony, or is it a tautology?

My point is that over the past 10 years as the Tory government has screwed the country, the numbers of doctors in practice has reduced, mostly because the pressure and intensity of work has increased. Why work when you are 65 when you could retire at 60 and not have a hundred and one audits and online training videos to complete?

For most doctors, their work is their vocation and they put up with all the bad things. They put up with the angry/frustrated old man who has waited 18 months for his hip replacement, they put up with the returned prescription because drug X is out of stock (Brexit) and they accept the new guidance to undertake steps A, B, C & D in the care of a patient when last year A was adequate.

And this is perhaps my point.

For the most the British people are appreciative of the NHS. The understand their luck in having an organisation that provides care free at the point of delivery and so on (see the NHS constitution – it is a wonderful read and makes you proud to be British).

Those who complain and attack often miss the point. Their frustrations are mostly mis-directed, a little like the drivers at Dover the other week who were, I am sure blaming the border patrol or the police or ‘the French’ for the delays. (Oh, no, never blame the Tories and their uplands.) 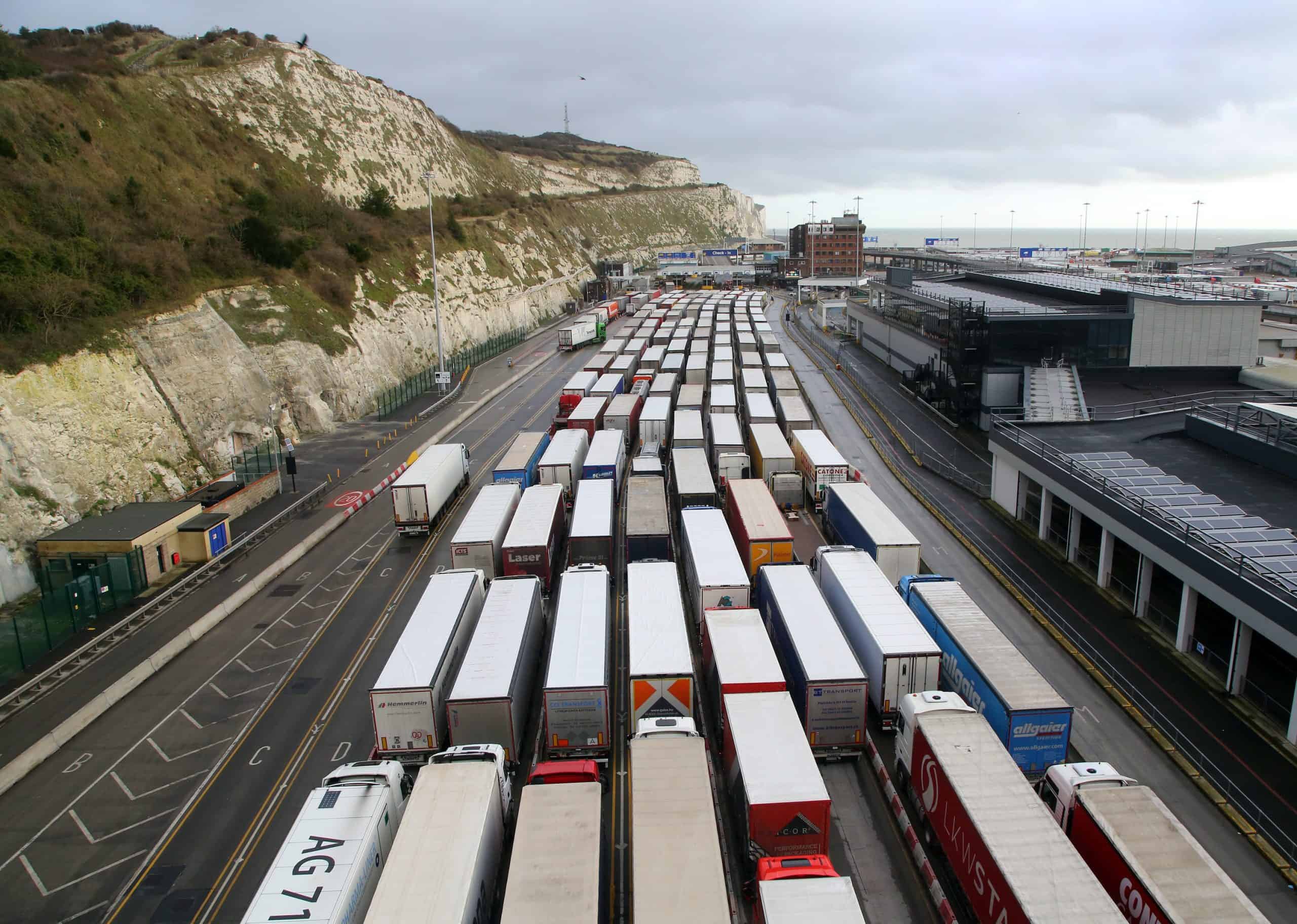 No, it wasn’t the poor man or woman sitting at a desk with a passport stamp; they are as much a victim of the system as you (they are by comparison sitting in an un-air conditioned booth being paid a pittance), it is our friends who have been taking the piss for the past decade.

Either the politicians themselves or the puppeteers, the influencers, the big money brokers who control the media who manipulate us (the people) directly and indirectly though misdirection and distraction (Trump and Boris were the biggest distractions to date), and, without getting too conspiracy theorist, Putin and Ukraine are also fantastic distractions.

We, the humans, the British, English, Europeans or whatever have unimaginable power and ability to influence and change, we are also as easy to manipulate as ants.

Our world is on fire, our NHS is dwindling, our health deteriorating and we shout at the receptionists and doctors.

Imagine standing beside a fireman who is trying to put-out a blaze caused by global warming and, shouting at them for not being effective extinguishers, despite the risk to their own life. Sounds familiar?

Have a good week. Oh, and in case you were wondering, on Friday I attended my first beginner’s class in Yoga.

I need to work out what I think about it although I plan to return.

I’ll return to good and bad medicine and 90 years in a future blog.