I have had a short blog break. Apologies to anyone who missed me.

As I haven’t written in a while, I have a backlog of things I’d like to discuss.

I thought I would start with one of the most recent.

My dad was a regular guy.

He never did anything too extreme (beyond parachute jump in the 1950’s – revealed to the family one Rosh Hashanah and thirty years later drive his green Peugeot from Israel to Glasgow with my mum as co-pilot (in the days before satnav and Waze)).

During his working years he was regular in his habits; getting up early, cup of milky coffee, cigarette, a throaty cough as he left the house, revving the car twice before setting-off. All those kinds of things. He like novels about sailing ships. He was a bibliophile and a lover of watches (as am I) (ships don’t do much for me).

And he liked cheese sandwiches.

For decades his staple working lunch was a cheese sandwich. Cheddar. Mostly my mum would make them for him. White bread in the 70’s, moving towards wholemeal later.

He never grew tired of them. I have I think perhaps inherited a similar tolerance for sameness in food.

This takes us back to the hooligans.

That is a joke on a joke.

A joke to make you wonder where I was going with hooligans (a ‘hook’) and a joke from the company called Huel who manufacture meal replacements.

The company, founded in 2014 by Julian Hearn of Aylesbury, is on a mission to encourage more people to adopt their diet. Not one intended for weight loss or muscle building, instead to save the planet.

That’s what they call themselves. Jokingly. (Huel derived from ‘Human Fuel’)

Huel is a diet replacement which comes in liquid, powder, and chew-bar form. The intention being that you can eat one of their preparations instead of a meal.

Well, in case you hadn’t noticed, our planet (or more precisely, the ecosystem) is on life-support.

We are running out of resources. Too many people eat too much meat (some eat hardly any). Our food comes from cattle, poultry and other animals that are fed unsustainable diets (rainforests chopped down to grow crops, water used to water plants where there is inadequate rainfall, nitrate run-off that pollutes rivers, and so on).

(Something to reflect when you can’t use your hosepipe) (much of the UK is in drought today) (Climate Crisis effect).

If you are reading this and still eat animal-based foods on most days of the week you are contributing to the problem. The depopulation of fish in the sea, the horrible ways in which animals are raised then slaughtered. 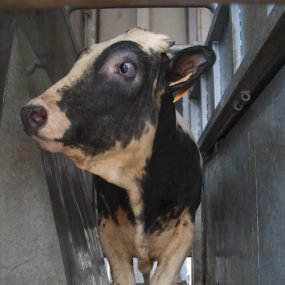 And don’t get me started about the harm a Double-Mac does if eaten regularly to you coronary or cerebral arteries.

Huel sees itself as part of the solution.

It is a vegan wholefood, in that it contains appropriate amounts of fat, carbohydrate and protein as well as vitamins, etc to replace food.

It is gluten free.

It comes in a variety of flavours – chocolate, vanilla, cinnamon swirl (?!)

Huel is not proposing that we eat just their food. (That wouldn’t be balanced or tolerable), instead it is recommended as a meal replacement. Perhaps lunch.

They suggest that by drinking or chewing a Huel bar for lunch you will save time in food preparation and potentially eat an improved diet (rather than white bread (high carb), cheese (animal suffering) and crisps (bad fats).

Most of us who are working eat our meals at our computers.

Yesterday, in the busy-ness of primary care, for lunch, I managed two lumps of Gouda (a love of cheese runs in the family), a pear, three organic carrots an apple and a container of mixed-nuts.

It didn’t really fill me up although it is probably better than an M&S or Tesco meal-deal.

Drinking a Huel would have been a more balanced supplement; and I could have got on with my work more easily (difficult to engage in sensitive conversations with patients when crunching carrots).

I know some of you will think this terrible. ‘He should be taking a break! He should be resting to recharge! We become less productive working without a time-out!’

What about the monotony? Another question.

Well, I take you to my dad.

People do these things.

In some ways it is like Barak Obama’s shirts. If you only have white, you don’t need to spend time or effort working what to wear (my interpretation is theatre scrubs). It is off the shelf. This is off the shelf food.

Suffice it to say I haven’t started Hueling. Yes, there is a Wikipedia joke about, ‘After a week of Huel I wanted to Huel.’

Let’s face it, the world is changing.

Huel proposes not to eat their food all the time. It suggests sitting down for dinner with your family in the evening.

The dietary requirements of humans are complex and difficult to replicate (ask any dietician) and, yes, we do need some variety. (Suspect my dad could have had my mum’s roast chicken for every meal.)

Please don’t go all Matrix on me. Futuristic notions of space-meals or sci-fi hot-pot. We aren’t there yet. We can still pop down to the shops and buy some fruit and veg. Unfortunately, it is often of questionable provenance. Do you know how much pesticide is used? How many antibiotics are pumped into your beef/lamb/burger/sausage? What about growth stimulants? How much fear did that chicken experience just before its head was chopped off (as it watched it pal being decapitated)?

All things to consider.

Have I recommended this to my patients?

Not yet. I don’t know enough about it although I plan to research (I know a team of dieticians who will have their own opinions).

Have a good day.